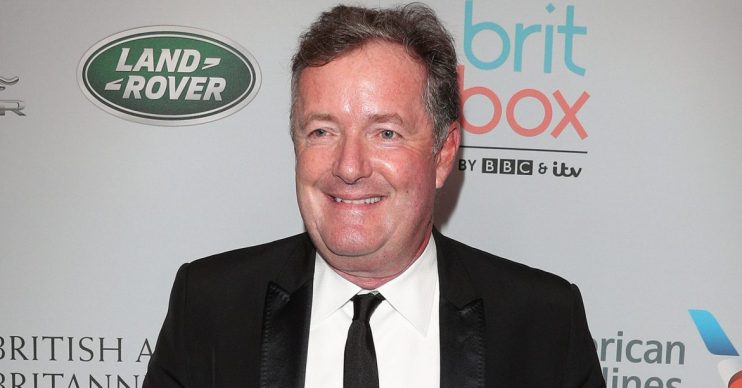 The GMB host didn't seem too worried, though!

The eldest son of Good Morning Britain host Piers Morgan was rushed to hospital earlier this week after suffering a horrific injury.

Spencer, 26, shared a photograph of his blood-soaked leg to Twitter and explained he’d been involved in an accident that needed a trip to A&E.

The picture showed Spencer lying on a hospital bed with his bloodied right leg covered in bandages.

He said he got the gruesome injury playing football.

Last time I showboat on the football pitch pic.twitter.com/tLmKyAsX9t

Updating his followers with a further close-up picture, Spencer revealed that he might need stitches.

He said: “Football is a hell of a game. Reckon I might need some stitches.”

Piers was quick to respond to his son, and naturally didn’t appear too concerned about his wellbeing.

Replying with a fist bump emoji and a thumbs up, Piers tweeted: “Commitment, son… I like it.”

The presenter is also dad to sons Albert and Stanley and daughter Elise.

Football is a hell of a game. Reckon I might need some stitches.

However, while Spencer’s injury was a cause of concern for many, others commented on the fact that he was in dire need of a pedicure.

In the picture, Spencer is seen wearing one gleaming white trainer, with his other foot exposed.

And his rather long big toenail most certainly got people talking, with one user asking if he was modelling the toenail on cheesy crisps Quavers.

They need to operate on that toe nail fast! speedy recovery

Look at the length of that toe nail.

You modeling them toenails for Quavers? 🤔 speedy recovery though!

Spencer’s injury came shortly after Piers shared a picture of his daughter Elise – who he shares with wife Celia Walden – enjoying a cultured day out at an art gallery with her dad.