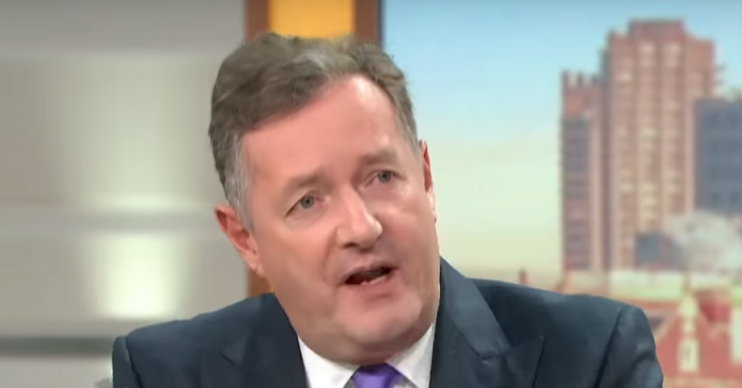 Twitter users wondered whether he was referring to Richard Arnold

The Good Morning Britain presenter, 54, claimed on the show on Monday that his makeup had not been applied properly because the stylist was occupied with Laura’s legs.

It was suggested the meteorologist’s legs were ‘pasty’ and needed a bit of a touch up.

Piers said: “My lovely makeup artist – I don’t want to to denigrate her in any way at all – she was preoccupied with massaging Laura Tobin’s legs.”

He continued: “[She was] trying to make them look less bottle white.

“That’s fine but as the seconds and then minutes tick by and we got to three minutes to six I was like, ‘Is there any danger of you moving your hands from Laura’s thighs and putting them on to my face?’

“Which is not a movement I would have normally protested about.”

Shrugging off his whining, fellow host Susanna Reid joked Piers was being neglected.

But Susanna had no time for Piers’ whinging, joking he was “under cared for”.

“I’m being slowly disenfranchised,” he moaned.

Later on Laura tweeted her reaction to a report about the moment – and clarified that Piers was not the person who had ‘massaged’ her legs.

But in response to that, Piers tweeted: “Just to be equally clear: I’d be happy to perform this duty for my co-worker, if asked.”

Just to be clear @piersmorgan wasn’t the one massaging my legs! I was just having a little colour applied so they weren’t so pale! #dontTan #MilkBottle https://t.co/8a1ZA2YEVD

Many of his followers were deeply unimpressed with one person tweeting: “Bit creepy that Piers.”

“Open up yourself to some right abuse with that one!” replied another.

Another social media user claimed: “Oh piers why oh why did you have to go creepy on this tweet…”

Just to be equally clear: I’d be happy to perform this duty for my co-worker, if asked. https://t.co/alPiQesyl6

And another insisted: “You’re gonna pay for that comment later Piers!”

Others wondered whether Piers may have been referring to the legs of showbiz correspondent Richard Arnold while some found it funny.

One said: “Ha ha you’re so funny ha ha, well done Piers,” while another wrote: “They’d be a streaky, patchy mess if he did.”