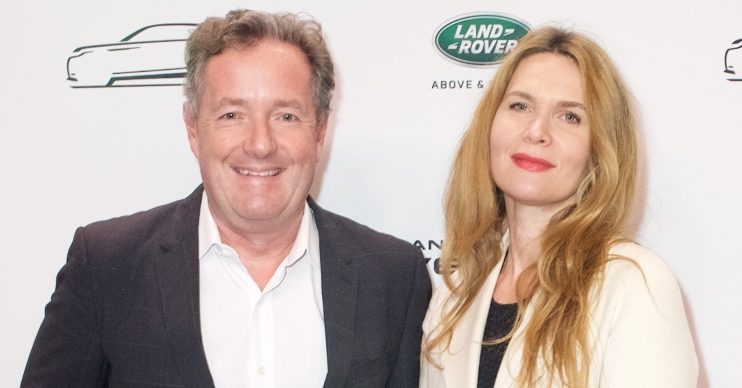 Piers Morgan’s wife Celia Walden has been left unimpressed after he joked he would sleep with his Good Morning Britain co-star Susanna Reid.

In a new interview with the Mail On Sunday’s Event magazine, Piers quipped that he and Susanna would “be at it like stoats in a sack” if they were both single.

But it wasn’t long before Celia expressed her dismay of her husband’s comments as she shared a photo of the magazine cover on Instagram.

The cover showed a photo of Piers and Susanna alongside the caption: “If we were both single we’d be at it like stoats in a sack.”

Celia captioned the post: “The headline every wife wants to read on a Sunday morning #mythoughtsarewithsusanna.”

Fans were amused by Celia’s post with one person commenting: “Piers is such a wind up merchant but obviously never gets one over on you. You are so funny.”

Another wrote: “I think you need a good sense of humour to be married to Piers,” while a third said: “You are one cool woman Celia.”

Piers also shared a snap of the magazine cover to Instagram alongside the caption: “Today’s @eventmagazine raises a number of questions, not least this one: what do stoats actually get up to in a sack?”

Susanna split from Crystal Palace chairman Steve Parish earlier this year. She was previously married to Dominic Cotton, the father of her three teenage sons.

He said: “She was the queen bee and I was the alpha male. I felt I needed to shake her up a bit. But then I realised I went a bit too far.”

Susanna also revealed she received abuse from trolls because of Piers’ comments.

She added: “I couldn’t believe I was getting attacked for what he actually said. People were saying horrific things about me, saying I wasn’t a feminist. Of course I am a feminist.

“And since when is it a feminist policy to blame the woman? I found the whole thing deeply upsetting.”