TV's Piers Morgan took a subtle swipe at The X Factor after his The Chase appearance smashed Simon Cowell's show in ratings.

The Good Morning Britain presenter appeared on the celebrity version of the game show on Saturday night alongside his co-stars Susanna Reid, Richard Arnold and Kate Garraway.

Bragging about his stint on the show, Piers said it was the "highest rated show on ITV in the entire day", beating X Factor. 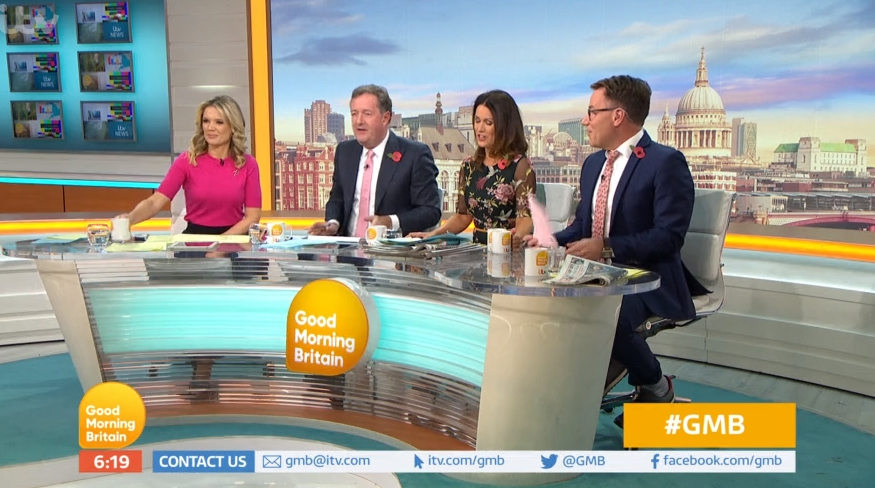 Piers said The Celebrity Chase was the "highest rated show on ITV in the entire day" (Credit: ITV)

Speaking on Monday morning's GMB, Piers said: "We had the highest rated show on ITV in the entire day. We smashed X Factor in the ratings.

"The GMB magic bringing its way to prime time."

Susanna suggested: "Perhaps we should pitch?"

Last week, the star was left squirming as he was shown a clip of his appearance on the game show before it aired. 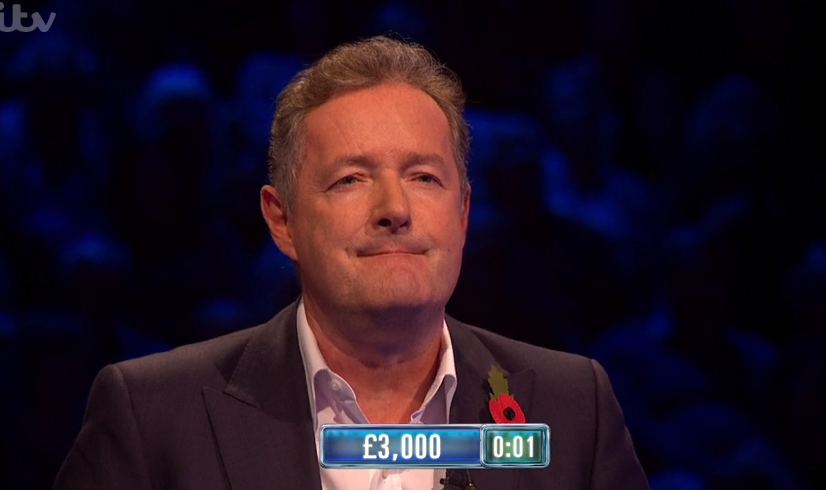 For the first question in his cash builder round, Piers, 54, was unable to identify Cockney rhyming slang for an egg.

We had the highest rated show on ITV in the entire day.

Speaking on GMB, Piers said: "I had a brain freeze, totally," to which Susanna told him: "I would say it was more of a minor nightmare on the show.

"I thought it was a horror story. The first question completely threw me. It was cockney rhyming slang. I didn't know what it was and that then threw me for about three questions.

"It was terrifying! Genuine question: Borrow and beg. I didn't know what that was."

After Piers' appearance on The Chase, viewers shared their thoughts on Twitter.

One person said: "Well done to Susanna. Piers obviously isn't as clever as he would like us to think he is," while another wrote: "I’m actually convinced they’ve paid Piers Morgan more money to get this many questions wrong. #TheChase."

Well done to Susanna. Piers obviously isn't as clever as he would believe us to think he is

A third added: "Piers you were rubbish!!! Susanna was outstanding, so much better than you."

@piersmorgan #TheChase piers you were rubbish!!! Susannah was outstanding, so much better than you hahahaha