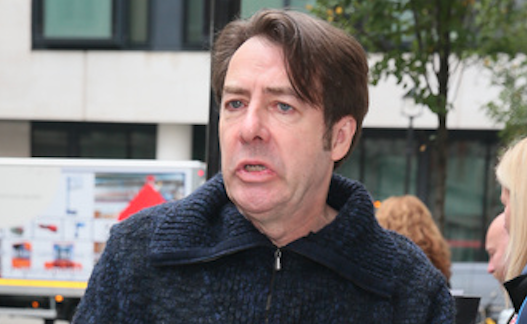 He's accused Wossy of having a "rather dramatic change of heart"

Ex talent show judge Piers Morgan has taken a swipe at TV presenter Jonathan Ross for signing up for a new ITV show.

Wossy, 58, has been announced as part of the all-star judging line-up for The Masked Singer, scheduled to air next year.

Joining him on the panel will be Rita Ora, Davina McCall and US film star and comedian Ken Jeong for the ITV adaptation of an international TV hit in which singers are judged more on their ridiculous performances than they are on their ability to hold a note.

However, it seems this does not sit well with Good Morning Britain host Piers, 54, who apparently still remembers a smarting assessment of his own suitability for telly from a few years back.

Writing for the Mail, Piers claims Wossy was among those who had little time for the former Mirror editor being part of BGT.

He recalled: “When I was a judge on Britain’s Got Talent, my most savage critic was Jonathan Ross, who said I was not only talentless but also ‘sculpted from lard’.”

Piers went on to claim Wossy had also “savaged” fellow BGT judge Amanda Holden at the time and had declared himself “not a fan of those shows”.

However, Piers seems to be suggesting Jonathan may have since changed his position after taking on his new role “despite his own singing experience being restricted, so far as I’m aware, to wailing tunelessly in the bath”.

Piers continued: “It would appear Mr Ross has had a rather dramatic change of heart about talentless lardy wastrels judging talent shows!”

ED! has approached a representative for Jonathan Ross for comment.

Jonathan admitted he cannot wait for The Masked Singer to being its run when his involvement was confirmed a couple of weeks back.

“I am thrilled and excited to be in pole position as the mystery singers show us what they’ve got,” he said.

“I loved the American version of the show so can’t wait to try and uncover the mystery UK superstars hiding beneath the masks.

“It should be great fun!”