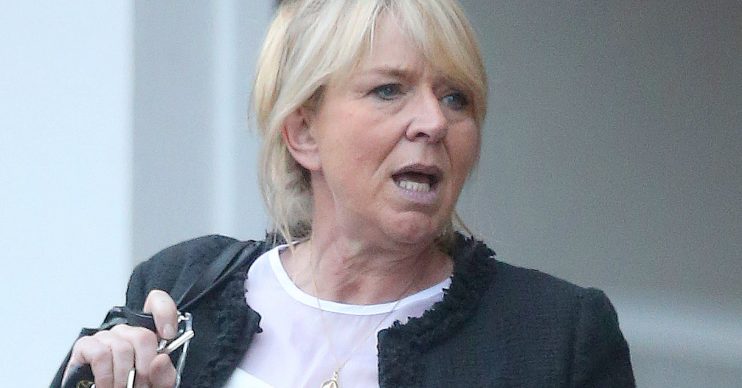 Urging ITV to do something about it

On Twitter, the former This Morning star, 62, retweeted author Jonny Benjamin as he called on ITV to do something over Piers’ comments about Prince Harry and Meghan Markle.

I’ve been trying to keep away from social media as it’s not good for me rn but the truth is I’ve become obsessed with trying to stop the bullying & injustice that’s happening every day to Harry & Meghan. PLEASE @itv @gmb @susannareid100 step in and do something about @piersmorgan pic.twitter.com/Ax2EnCplcU

Jonny wrote: “I’ve been trying to keep away from social media as it’s not good for me [right now] but the truth is I’ve become obsessed with trying to stop the bullying and injustice that’s happening every day to Harry and Meghan.

“PLEASE,” he continued in capital letters. “@itv @gmb @susannareid100 step in and do something about @piersmorgan.”

The tweet included a screengrab of one posted by Piers, in which he told followers about a forthcoming column for the Daily Mail called the Duke and Duchess of Sussex the “Queen of Hearts and King of Mental Health.”

Piers is a long-time critic of the Sussexes, often wading into public debates about the couple.

Earlier this month, he jokingly threatened to leave the country in the wake of Harry and Meghan’s shock announcement that they are stepping down as ‘senior’ members of the Royal Family.

And on Monday’s episode of GMB, he couldn’t resist a rant and branded them “two little spoilt brats”, saying on the programme: “The Queen’s just had to fire her middle son, Andrew, over a pedophile scandal, her 98-year-old husband has been in and out of the hospital, he’s bed-bound at the moment.

I’ve become obsessed with trying to stop the bullying and injustice.

Fern Britton isn’t the only one to call Piers out.

Presenter Denise Welch has suggested that the Sussexes need protecting from the controversial Life Stories host.

She said on Loose Women: “If we need to pay for their security, we need to protect them from Piers Morgan.”