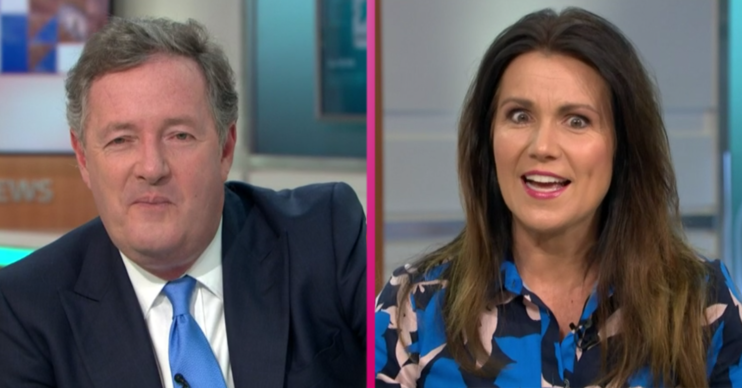 Despite nobody asking, the GMB host felt the need to tell the nation that he goes to bed naked every night.

The presenter blurted out his bedroom secret while catching up with regular GMB guest Andrew Pierce.

The columnist was running slightly late and apparently, Piers was told it was because he wasn’t dressed.

When Andrew finally appeared on screen, the host quipped: “Caught out this morning?

“I was told it involved you not having any clothes on – is that right?”

Looking mortified, Andrew corrected him: “No, it was a slight technical hitch. I don’t know what’s going on.

“I always sleep in my pyjamas, Piers.”

The GMB presenter then seemed surprised before proceeding to tell the room: “Really? I always sleep au natural.”

Recoiling in horror, Andrew hit back: “Too much information, Piers!”

Viewers tuning in at home were also left cringing by Piers’ confession.

Taking to Twitter afterwards, one commented: “I did not need to hear about Piers and what he doesn’t wear to bed #gmb.”

Another then hit back: “No one needs to hear that!”

Elsewhere in the programme, Piers tucked into a pint before it was 7am this morning.

He was delighted after learning a local brewery from his hometown Lewes, called Sussex Best, had named a beer after him called Piers Beer.

After a pint was poured, Susanna couldn’t help but notice the size of the head on the drink.

She joked: “How appropriate – a massive head!”

The GMB teams surprised Piers by giving him a free pint of the beer names after him.