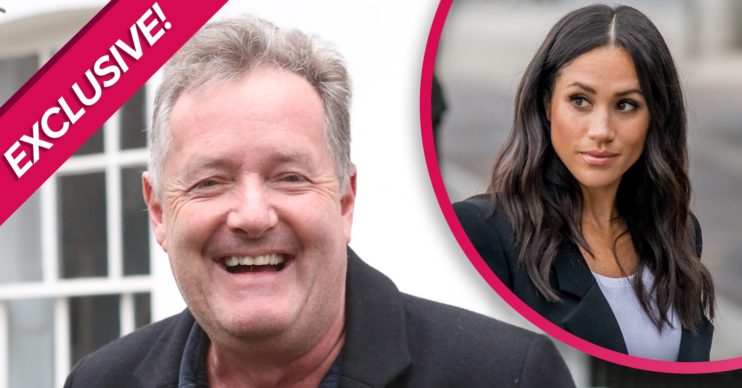 Piers Morgan to ‘tell his truth on a global stage’ after quitting GMB, brand expert predicts

Piers Morgan did not “commit career suicide” when he stepped down from his role at GMB, a branding expert has told Entertainment Daily.

LA-based branding expert Eric Schiffer added that Piers will “land on his feet”.

Piers Morgan ‘will land on his feet’ after GMB exit

Eric revealed that he feels the only way is up for Piers after his GMB departure.

It came earlier this month after his comments about Meghan Markle‘s Oprah Winfrey interview.

Read more: Prince Harry and Meghan to stay in US and ‘avoid pariah-like return to England’

Asked how the former breakfast news anchor is seen in the States at the moment, Eric revealed opinions are divided – but he doesn’t believe it’ll always be that way.

“In the US there will be a short-term split between those who see this through the lens of politics but many on the right will react differently to others.

“So I don’t think Piers has committed career suicide.”

‘Cancel culture’ has gone ‘too far’

And Eric said many are on the side of Piers when it comes to “cancel culture”.

“There are many people in America who feel the whole cancel culture has gone too far and that he should not be viewed through the lens he’s being viewed in and they are supportive.

“He has a unique set of talents and will write himself out of this, I’m sure. He will be able to land on his feet in time.

So where is Piers best off positioning himself, and what can Eric see him doing next?

“I think public opinion is going to be more favourable in the UK because he is standing up to fight for the Queen and the monarchy against a couple that many feel have turned their backs on England.

“I think he’s going to go back to what he’s done in the past where he writes. He may have another book that will allow him to talk about this cycle and allow some time to pass before he makes his next move.”

What’s next for Piers Morgan after GMB?

Could that next move be a Meghan and Harry-style Oprah tell-all, perhaps?

“I don’t think he’ll pass up an opportunity to, on a global stage, tell his truth.

“But he has a good platform and I think he has built a brand through the power of being outspoken and poking and punching at power, and parts of the public are looking for that.

“So there will be niches for him, if he chooses to take them.”

Eric concluded: “Those who bet against Piers Morgan generally have lost, so I would say the odds of him finding an opportunity in television is consistent with that.”

Eric Schiffer is chairman of Reputation Management Consultants, based in Los Angeles.

Head to our Facebook page @EntertainmentDailyFixand tell us what you think of our story.