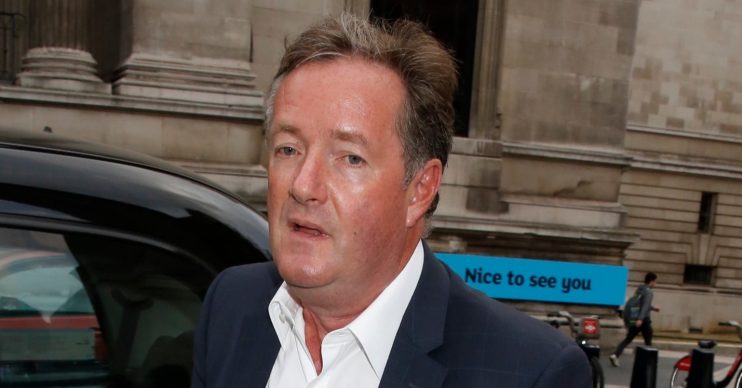 He said he felt sweat 'bursting through every pore'

Writing in his Mail on Sunday column, the 54-year-old motormouth detailed how he and daytime TV colleagues Susanna Reid, Kate Garraway and Richard Arnold signed up for a special episode of The Chase.

Despite concerns from Susanna they may end up looking daft in front of the cameras and studio audience, Piers recalled how his team’s expectations had been buoyed when told by producers they had scored the highest-ever celebrity team average in the 20 question ‘tester’ used ahead of time to assess contestants’ intelligence.

However, despite high hopes for their performance on the ITV game show presented by Bradley Walsh, Piers reckons his team made a huge mistake that scuppered their chances of a glorious victory.

Making his excuses, Piers noted he had been awake since 4am and had presented GMB just hours before the recording – and was apparently still feeling the effects of jet lag following a three-week break in the US.

Claiming both he and Susanna were exhausted, the ex newspaper editor made the most of his valiant efforts to struggle on with the light entertainment quiz.

He wrote: “But the show must go on, so we pumped ourselves full of caffeine and traipsed to the studio like condemned murderers on Death Row marching to their execution chamber – fearing it was going to be very painful, and nobody would have a scintilla of sympathy for us.”

According to Piers’ account, host Bradley had never witnessed the kind of welcome – “a chorus of pantomime-villain-style boos and jeers” – given to Piers from the studio audience in all of the show’s previous tapings before.

And even though the rabble-rousing TV personality didn’t spoil exactly what went down next in the episode, due to air in November, Piers did admit it didn’t go well at all.

Piers continued: “I can disclose that I suffered the single worst moment of my entire 15-year career in live television at the start of my Cash Builder round (where contestants get £1,000 for every correct answer to rapid-fire questions) when my brain froze so badly I felt sweat bursting through every pore and my innards start to self-combust with terror.”

He also added a stunned Susanna had never seen her breakfast telly pal look so “scared” as his big moment fell apart.

Piers concluded: “Suffice it to say, The Chase is a lot harder than it seems from the sofa at home, when you’re standing alone under the bright lights, with a ruthless Chaser staring reputation-slaying daggers, Bradley Walsh chortling away at your discomfort, and the audience roaring with glee at seeing the gigantic balloon of a massive ego pricked before their eyes.”