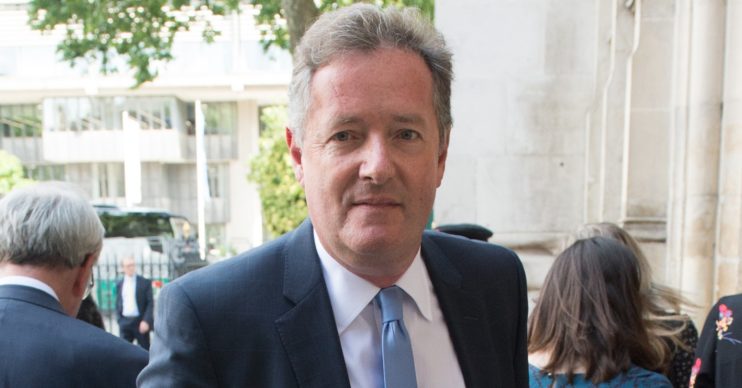 Followers wondered how well he is protecting himself

Fans were concerned for Piers Morgan as he shared a picture of himself enjoying his break away from Good Morning Britain.

The controversial presenter, 55, is enjoying some time off from the daytime TV programme, which he presents alongside his co-host Susanna Reid.

On Instagram today (Thursday, May 28), Piers posted a photo of himself out and about in the sun.

He told fans he had headed out to grab a coffee from one of his favourite coffee shops.

But in the comments, some of his concerned followers picked up on something they thought was missing from the picture.

In the photo, Piers beams and gives a thumbs up outside London’s Cafe Phillies, which he joked was his “second office”.

He wrote in the caption: “First coffee from my second office @cafephillieslondon since lockdown.”

Writing further, Piers heaped praise on the Kensington-based business, saying he was pleased it was still operating despite the coronavirus pandemic.

He continued: “It’s the best café in London. Great to see them still going despite all the difficulties. Please support them if you’re in the area.”

First coffee from my second office @cafephillieslondon since lockdown. It’s the best café in London. Great to see them still going despite all the difficulties. Please support them if you’re in the area.

Some of Piers’ followers couldn’t help noticing that he wasn’t wearing a mask or gloves to protect himself from COVID-19.

One fan who thought he should be wearing the protective gear asked: “No mask or gloves, oh no.”

Another commented: “Where’s your mask and gloves, Piers?”

A third asked, of the staff at Cafe Phillies: “Do they sanitise and wear gloves?”

Others thought he looked somewhat dishevelled, as one follower joked he had aged a couple of decades.

Another quipped: “Think you need to invest in a new T-shirt, pal. Same one almost every day.”

Someone else put: “Mate, you need to chuck a few quid at yourself and get some new ‘threads’ bro!”

Luckily, fans missing him on Good Morning Britain won’t have to wait long to see him back on their screen. Piers and Susanna are due to return to GMB next week (starting Monday, June 1).