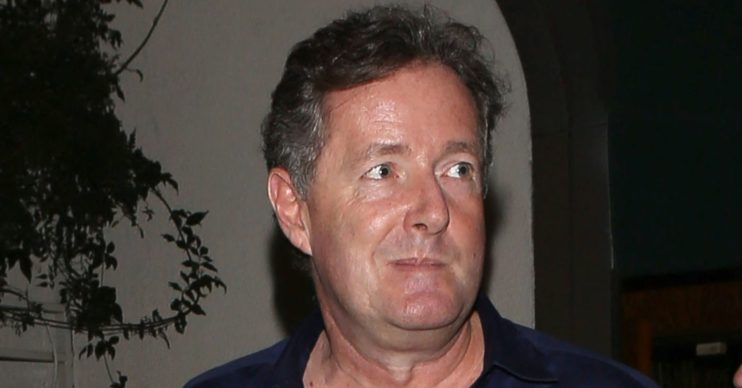 Piers Morgan has spoken out after finding himself  and his famous friends at the centre of a nasty hoax.

The 55-year-old Good Morning Britain presenter hit out at ‘pranksters’ after they contacted his friends to tape a contribution to an obituary video for the presenter. The presenter showed he is very much alive and well with his angry response.

Speaking out on his Twitter account, Piers wrote: “To the pranksters currently contacting all my famous friends asking them to tape a contribution to my obituary for ITN… Maybe stop being annoying little [bleep]?”

Although Piers doesn’t name which friends were contacted, pals Amanda Holden and Susanna Reid are believed to be amongst those contacted. Piers is also known to be good friends with US stars.

Recently, Piers spent much of his time off in France before he returns to Good Morning Britain on Tuesday. While holidaying with his family, he caught up with Amanda and her family as well as actress Joan Collins.

While his outrage on Twitter might stop the pranksters, it did draw some backlash as many laughed at the presenter for claiming he has “famous friends”.

One user wrote: “All my famous friends hahaha”

Another responded: “Yeah, I’m wondering if the pranks are even happening or if he made it all up just to say that line!”

A third said: “Pranksters? Famous friends? There are aspects to this that don’t ring true.”

It’s been a tough week for Piers as he has also had to brush off claims he’s had some sneaky Botox.

After he uploaded a selfie with son Spencer Morgan, many fans rushed to ask why the star looked younger.

In an Instagram post, the presenter showed off his post-holiday complexion, which drew comments from some of his 1.2million followers.

One follower cheekily asked: “Have you had some Botox Piers?”

However, the drama for the presenter hasn’t stopped there either.

He’s been using social media to fall out with a whole host of people. After being in the running to replace Simon Cowell on Britain’s Got Talent, he reignited his feud with judge David Walliams.

He also blocked Loose Women star Carol McGiffin after a row over the coronavirus.

Finally, he also continued his anger against Meghan Markle. He demanded she be stripped of all royal titles after expressing her political views.