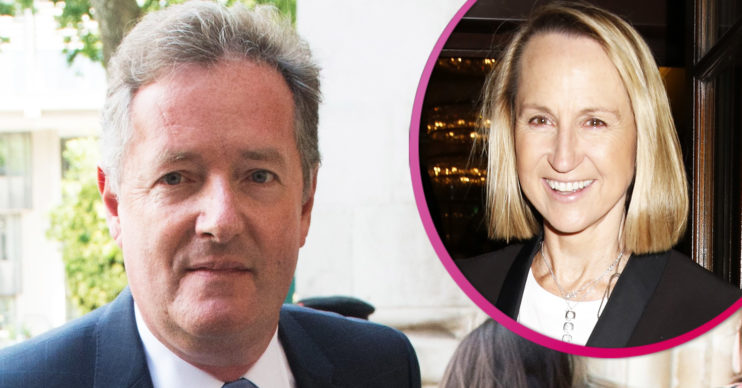 Piers Morgan has slammed Loose Women star Carol McGiffin after she called him a ‘hypocrite’ in their ongoing Twitter feud.

The Good Morning Britain host, 55, reacted strongly to Carol and said she was talking ‘[expletive]’.

Oh Carol, it’s got nothing to do with curbing your free speech. I don’t want to stop you talking your mindless covid conspiracy theory crap – I just prefer not to endure hearing it. I blocked David Icke for the same reason. https://t.co/2NcvwhQ1AO

What did Carol say about Piers?

The two have been at loggerheads ever since Piers blocked Carol, 60, over her forthright views about coronavirus.

Appearing on Talk Radio, Carol said: “He’s got a new book out about free speech… the blurb on it is basically saying that people can’t debate anymore [and] they shut people down.

“And I’m thinking ‘Hang on, he’s the blocker who’s shutting people down’.

The hypocrisy is absolutely breathtaking.

“The hypocrisy is absolutely breathtaking.”

It wasn’t long before Piers bit back.

“Oh Carol, it’s got nothing to do with curbing your free speech,” he said on Twitter.

“I don’t want to stop you talking your mindless COVID conspiracy theory [bleep] – I just prefer not to endure hearing it. I blocked David Icke for the same reason.”

The feud began when Carol criticised the TV host for his response to the pandemic.

Piers tweeted: “To everyone on here deluding themselves that Covid is ‘over’, take a look at Spain’s case and death rate in the past week.

Carol then responded by calling him “deluded” on the same social media site, and went on to accuse him of “scaremongering”.

“Piers. The only deluded person around here is you. No one’s buying your hysterical [bleep] anymore,” she wrote.

“You did a brilliant job of scaring the nation into paralysis but it’s over now.”

What are Carol’s views on Coronavirus?

She said on an episode of Loose Women in June: “I know most people wouldn’t agree with this, but I’m not sure the whole lockdown was entirely necessary and there are a lot of people saying that now.

“I do think more questions should have been asked at the beginning rather than advice they took that everything should shut down now.”

She also documented her own battles with mental health during lockdown on the show.