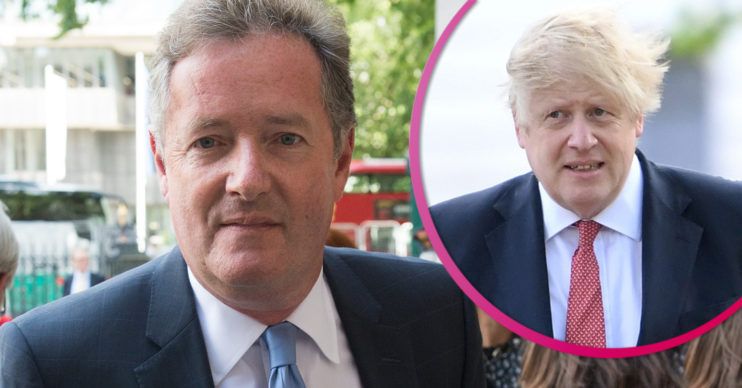 TV’s Piers Morgan has been slammed for a “childish” dig at Boris Johnson.

The star appeared to refer to the moment Boris hid in a fridge while a GMB reporter tried to ask him some questions.

What a petty and childish comment, but then we wouldn’t expect anything less from you.

Back in December, a moment on the programme showed Mr Johnson retreating into a large fridge as he was confronted by reporter Jonathan Swain.

At the time, Piers branded him a “coward” for not doing an interview.

Following Piers’ recent comment, many of his followers didn’t approve of it.

One person replied: “Really? Was that necessary?”

Really? Was that necessary?

Another wrote: “What a petty and childish comment, but then we wouldn’t expect anything less from you.”

What a petty and childish comment, but then we wouldn't expect anything less from you.

A third tweeted: “This is why people aren’t taking you seriously anymore and ministers are refusing to go on your show.

This is why people aren't taking you seriously anymore and ministers are refusing to go on your show. You resort to childish attacks when you don't get your way.

“You resort to childish attacks when you don’t get your way.”

However, others defended Piers and pointed out the GMB fridge moment.

One person said: “How is it an insult? He literally hid in a fridge on live TV to avoid an interview.”

Another tweeted: “I too saw the fridge incident. Boris was promoting a dairy and GMB we’re not invited.”

Piers has been critical of the government’s response to the coronavirus pandemic.

Earlier this month, he slammed the government’s decision to boycott the ITV daytime show.

According to reports, Government ministers are avoiding GMB after Piers grilled a series of ministers live on the programme.

“It’s a disgraceful way to treat you, the viewers, we can only apologise.