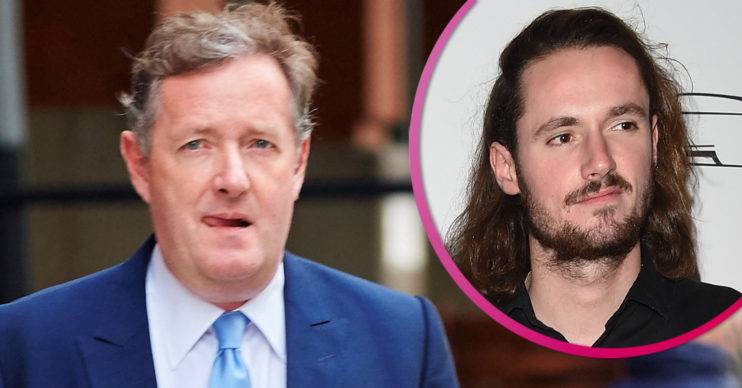 Piers Morgan has shared a sweet photo as his son Spencer reunited with little sister Elise in St Tropez.

The Good Morning Britain presenter and his family are holidaying in the South of France over the summer but Spencer recently jetted back to the UK.

However, he’s now arrived back in St Tropez to enjoy some family time with Piers and his siblings.

The star shared a snap to his Instagram Stories showing Spencer, 27, arriving back at their holiday home.

In the picture, Elise, eight, gives Spencer a high five as they stood by a car.

Piers has been on holiday with his wife Celia Walden, Elise and three sons Spencer, Stanley and Bertie.

Spencer seemingly confirmed he’ll be spending the next month in St Tropez after sharing a snap of himself at an airport.

He said: “See you in a month London.”

Meanwhile, Piers has been busy keeping his fans updated on his travels.

His vacation didn’t get off to a great start after he tore the tendon in his ankle.

Last month, he posted a snap of himself alongside his three sons.

Piers wrote: “Peg-leg. (Nothing like tearing a tendon on day two of a six-week holiday).”

Nothing like tearing a tendon on day two of a six-week holiday.

However, the star hasn’t let his injury stop him from enjoying himself in France.

Earlier this week, Piers posted a collage of amusing photos of himself and daughter Elise.

The pictures showed Elise pulling funny faces alongside her dad, with the fourth snap showing her jokingly strangling him.

Fans were tickled by the picture, with one person writing: “The last photo is epic!!!”

A third commented: “Love this, father-daughter time is the best.”