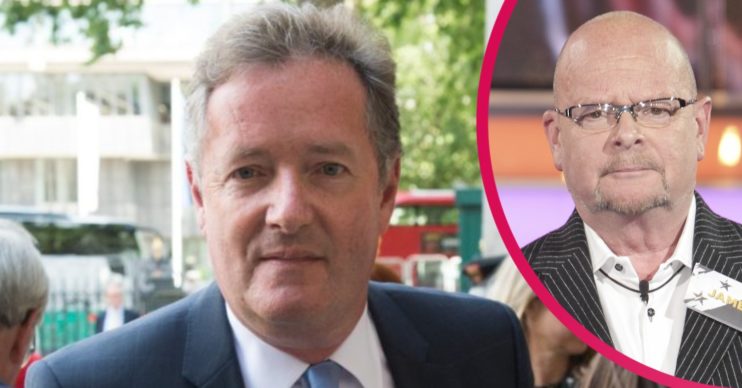 James first battled the disease in 2000

Piers Morgan has shared a message of support to James Whale after the broadcaster revealed his cancer has returned.

On Twitter, the Good Morning Britain presenter, 55, re-posted a tweet from The Sun’s Dan Wootton explaining that his fellow talkRADIO colleague was ill.

What did Piers Morgan say about James Whale?

Piers called it as “very sad news”, as James is “a great guy” and among his favourite broadcasters.

He wrote: “Very sad news. One of my favourite broadcasters and a great guy.

It was a response to a tweet from Dan, who said: “This is a difficult tweet to write. Radio legend @THEJamesWhale – my talkRADIO friend and colleague – has decided to share the news that after 20 years his cancer has returned.”

In a chat with The Sun, James said: “This little [bleep] has spread. It’s in my remaining kidney. I’ve got a couple of small lesions in my lungs. I’ve got it in my spine [and I’ve] got it in my brain.

One of my favourite broadcasters and a great guy.

After receiving the news, the broadcaster said he initially considered going to Dignitas, the assisted dying facility in Switzerland.

He told the newspaper: “I came home, had a little think about things. I decided I’m just booking myself a trip to Dignitas. You might as well just go and get it over with.

‘Get it over with’

“I’d looked into it quite some time ago because [my wife] Melinda died two years ago and it’s been something in the back of my mind.”

James’ son encouraged him to instead seek help from Kidney Cancer UK, which he set up in 2000 following his first cancer battle.

James continued: “I went to [Prof. Powles’] office and he told me, ‘I think you can put off your trip to Dignitas for a little while’.”

He is currently on immunotherapy and hormone replacement treatment.