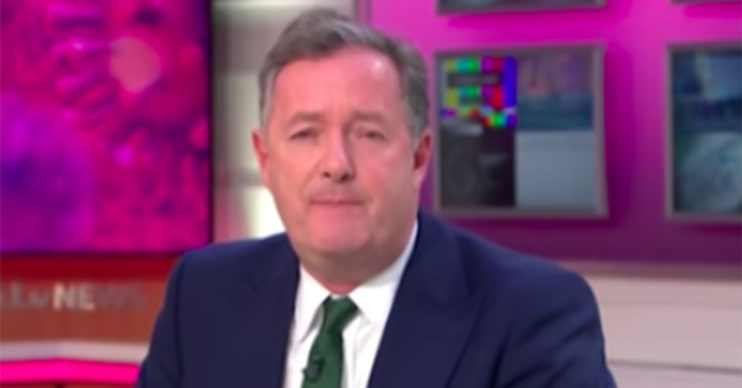 Piers Morgan has his fans in hysterics over this post

GMB’s Piers Morgan has copped to putting on a few pounds during lockdown.

The Good Morning Britain host even compared himself to an obese ornament.

Piers, 55, shared a snap of a jester ornament to his 1.1 million Instagram followers.

And his caption left many of them in absolute stitches.

He wrote: “Lockdown diet is turning me into my ornaments.”

Another user posted: “This has put a smile on my face thank you Mr Morgan x.”

A third praised: “You do make me laugh Piers!”

Others joked that they’d prefer the ornament to present the ITV morning news series.

A user wrote: “Could you send this into work instead of you, it would make for a peaceful GMB.”

A further user agreed, noting: “I’d like to see him on the telly.”

Lockdown diet is turning me into my ornaments.

Meanwhile others said they think he could indeed do with losing a few pounds.

One advised: “Well Piers it’s time you did lose a couple of stone for your health I’m afraid to say. Especially now its proven excess fat makes you a higher risk of COVID.”

Another suggested he take up his trendy home bike workouts again, urging: “Get back on your Peloton Piers!”

The jokey post comes just hours after he lashed out at a journalist who praised a petition to get Piers sacked off GMB.

Paul Smith tweeted: “Absolutely thrilled to hear over 50,000 people have signed a petition to get rid of @piersmorgan from @GMB.

“It comes after thousands of complaints were filed to Ofcom over his aggressive interviews with numerous politicians during the #COVID19 virus.”

A clearly irritated Piers responded with: “How weird to see a journalist wanting another journalist sacked for challenging the Govt over its ineptitude.

“For the record, Paul, this is an old petition & I have since signed a new 2yr contract with ITV.”

Indeed it seems unlikely that Piers will leave our screens any time soon.

He has even placed a bet against MP Andrew Brigden after he predicted Piers wouldn’t be a part of GMB by Christmas.

What do you think of Piers’ latest antics? Share your thoughts with us on our Facebook page @EntertainmentDailyFix.