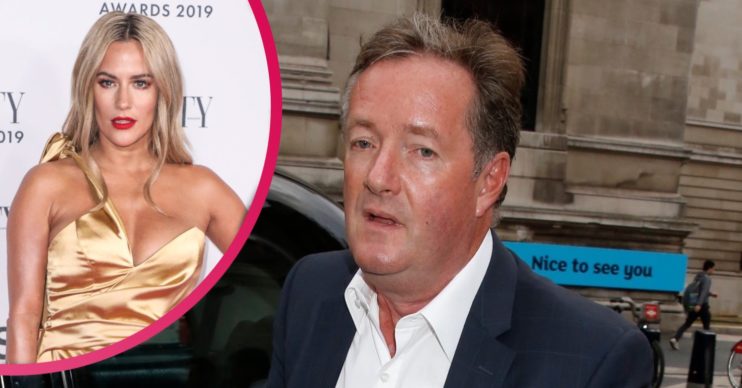 Caroline took her own life earlier this year

Piers Morgan has admitted he was “hurt” after receiving backlash over Caroline Flack’s death.

Despite his concerns at the time, Piers was hit with a slew of abuse from online trolls.

In his new book Wake Up, Piers detailed the moment his son told him of Caroline’s death on WhatsApp.

He penned in a diary entry: “The court of public opinion instantly delivered another verdict: I was to blame for Caroline’s suicide.

“Yes, me, someone who had tried to help her privately and publicly through her darkest time, and who had never written or said a bad word about her in my life.”

Piers added: “Caroline was a friend of mine and I had nothing to do with her death, so the ferocious outpouring of abuse suggesting I did is as wrong as it is hurtful.

“I feel desperately saddened by her death and utterly enraged at now being blamed for it.

“And what a sick irony that the very same keyboard warriors accusing people like me of hounding Caroline to her death are the people who incessantly post abuse to celebrities and people in the media – and who are right now busily hounding those same people online.”

How did Piers support Caroline?

Quoting Caroline’s text in the Mail on Sunday, it said: “This has been the worst time of my life. And for what? Throwing a phone in anger. It’s so hard for one person to take.”

Piers also stated it was “horribly ironic” that his last words of attempted reassurance sent to her mentioned that ‘nobody had died’.

He said he told her: “So sorry you’re going through hell but having been through a few tough times myself, I can assure you that you’ll get through it… at the end of the day, it’s just bloody telly and nobody died.”

What happened to Caroline Flack?

The former Love Island host took her own life in February weeks before she was due to stand trial for alleging assaulting her boyfriend Lewis Burton in December.