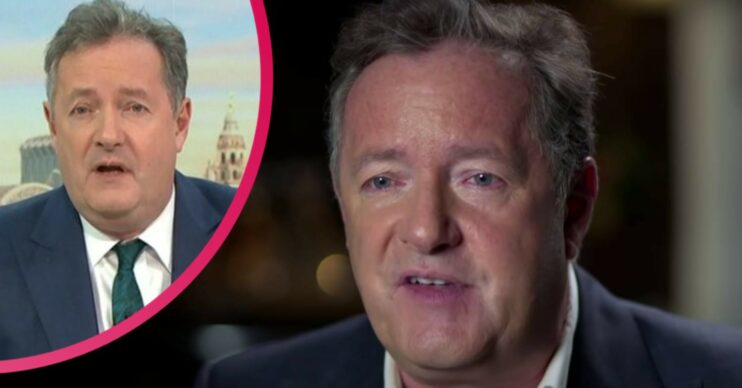 The former GMB star is struggling with his sight

Piers Morgan has revealed that Covid has left him battling some very unexpected symptoms.

The former Good Morning Britain presenter has been suffering from the virus since he watched England in the Euro 2020 final.

Now, 28 days later, Piers is still battling the results of contracting the virus, even though he’s been double-jabbed.

As a result, the star took to Twitter on Tuesday (August 10) to update fans on his condition.

The controversial star revealed that his constant coughing has caused a “detachment” in his eye, leaving his vision compromised.

“28-day Covid update: a new treat – aside from ongoing tedious fatigue & inability to taste wine, all the coughing’s caused a ‘posterior vitreous detachment’ in my left eye,” he said in a tweet.

28-day Covid update: a new treat – aside from ongoing tedious fatigue & inability to taste wine, all the coughing's caused a 'posterior vitreous detachment' in my left eye. So, I'm now seeing weird ghostly cobwebs swimming around. It really is the virus that keeps on giving.

“So, I’m now seeing weird ghostly cobwebs swimming around. It really is the virus that keeps on giving.”

Fans rushed to respond, with one saying: “This is exactly why I’m terrified of getting it. I know so many people who have been left with debilitating symptoms, and yet so many still deny its existence.”

Meanwhile, a second added: “Sorry to hear that. Covid is nasty. It’s not nice to think how much worse it could’ve been had you not had the two vaccines.”

What is Posterior vitreous detachment?

Posterior vitreous detachment (PVD) is when your vitreous comes away from the retina at the back of your eye.

The vitreous makes up around 80% of the volume of your eye. It fills the interior of your eye and helps to preserve its round shape.

Its detachment can lead to those suffering from PVD seeing small dark spots or shapes, flashing lights and “floaters”.

However, for most sufferers, this tends to last no more than three months.

Piers has been updating fans regularly regarding his condition since he was diagnosed with Covid.

He revealed that he was grateful to have been double-jabbed and confessed he thinks it’s ended up saving his life.

“One thing’s for sure though: I’d be feeling a damn sight more unsettled if I hadn’t been vaccinated,” he said in his Daily Mail column.