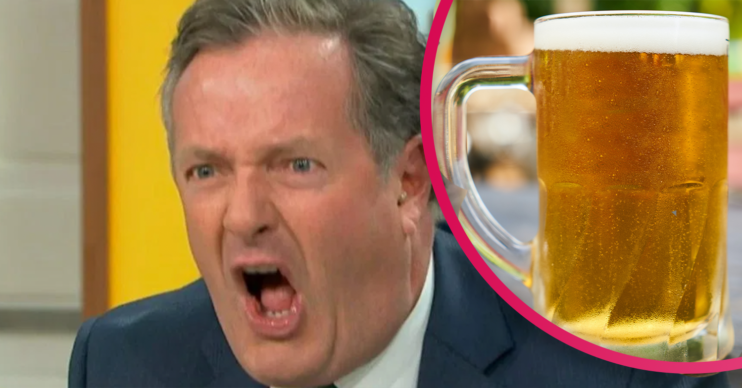 Piers Morgan rages at pubs reopening on Saturday at 6am: ‘This is insane’

GMB host has called it a 'stupefyingly stupid' move

GMB host Piers Morgan appears to be absolutely fuming over Boris Johnson’s decision about pubs reopening on Saturday from 6am.

Taking to Twitter, the Good Morning Britain star, 55, vented his disappointment in view of his 7.6 million followers.

A spokesperson for Boris said that the timing has been put in place to avoid pubs and bars opening at midnight on Friday.

The statement includes: “The reopening of pubs and bars specifically comes into force at 6am. That would just be in the event anybody would attempt to try to open at midnight.”

However, Piers has slammed the decision and labelled it as “insane” on Twitter.

He replied to a Tweet from LBC correspondent Ben Kentish announcing the news with: “WHAT? This is insane.”

The former CNN host swiftly followed up his outburst with a full explanation for his disapproval.

He even quipped over whether the British government wanted “us all to die”.

Reopening Britain's pubs on a sunny Saturday in July was dumb enough.
Letting them open from 6am is stupefyingly stupid.
Does anyone at No10 have a brain?
Or do they just want us all to die?
Serious questions.

However, many Twitter users vehemently disagreed with Piers’ sentiments.

Many argued that Piers was taking the announcement out of context.

Read more: The One Show fans beg for the return of Matt Baker

Several reminded him that only pubs with a 24-hour licence would be reopening that early.

Piers slams No 10 over pubs ruling

One user argued: “ONLY pubs that have 24 hour licences to be open, and it’s designed to stop them from opening at midnight tonight. Pubs that aren’t licensed to open at 6am will not be opening at 6am.”

Another user claimed: “Remember that most pubs do breakfasts with tea and coffee… what’s wrong with opening that early?”

And a third user tweeted: “Think about it, longer they’re open from the less chance of everyone piling in at once, but eh let’s just attack the gov again cause it’s trendy.”

Meanwhile other users accused Piers of being ‘hypocritical’ as he had drank a pint live on air on GMB earlier this week.

Indeed on Wednesday Piers sipped a pint of beer on Good Morning Britain at 6.40am.

He also accused co-host Susanna Reid of being “dull” for being teetotal.

One Twitter user shared: “Weren’t you drinking beer at 6am on @GMB. A stupid stunt.”

Another user joined in with: “I thought you liked an early morning pint! Live on GMB!! Hypocrite.”