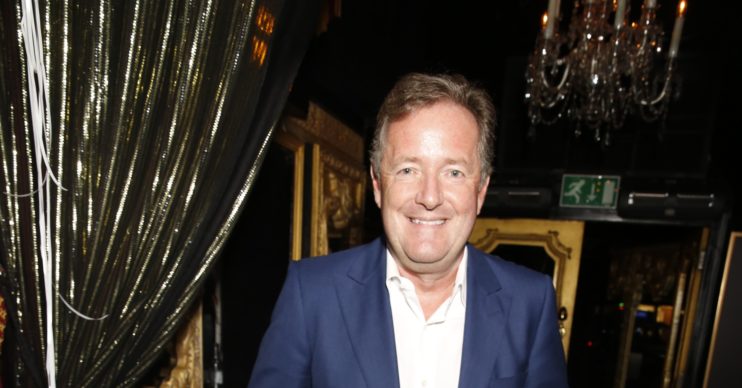 The GMB presenter called it his 'second office'

Good Morning Britain host Piers Morgan has been one of the first to enjoy a Saturday morning at his favourite coffee shop in Kensington.

The daytime ITV presenter uploaded the snap as he settled down at Café Phillies in London with newspapers and coffee.

“Finally back in my second office!”

The snapshot shows the 55-year-old sitting at a wooden table with copies of the Daily Mail alongside his laptop.

The ITV host beamed as he posed for the Instagram picture, captioning the image: “Finally back in my second office! It’s been a long four months… never has a coffee tasted better.”

Some followers were in agreement too, one said: “Can’t beat a coffee shop made coffee! Just somehow tastes so much better.”

Another commented on the beaming smile on Piers’ face: “Never have you looked so happy.”

Another follower said: “A grin like a little kid in a sweet shop.”

Finally back in my second office! It’s been a long 4 months… never has a coffee tasted better. @cafephillieslondon

Piers Morgan slammed No.10 for 6am reopening

Whilst coffee might be fine to sip, Piers isn’t one of the many in the UK headed to the pub as they reopen after lockdown. This week, the GMB host raged at the government’s decision to let pubs reopen from 6am.

However, some followers called out Piers as ‘hypocritical’. On Wednesday’s GMB show, Piers sipped a pint of beer at 6.40am.

He also went on to accuse co-host Susanna Reid of being “dull” for being teetotal and not partaking.

One Twitter user responded to Piers’ outraged tweet: “Weren’t you drinking beer at 6am on GMB. A stupid stunt.”

Another user added: “I thought you liked an early morning pint! Live on GMB!! Hypocrite.”