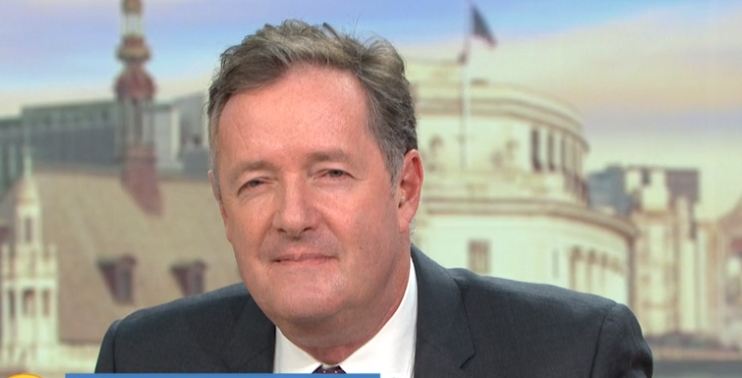 Viewers of Good Morning Britain are voting whether Piers Morgan should be fired from the show.

This week, the programme’s Twitter page launched a poll asking whether the presenter should lose his job following his rant about gender, where he claimed he was identifying as a penguin.

Twitter has now gone into meltdown with the hashtags “#firepiers” and “#savepiers” trending across the UK.

However, there’s still 15 hours to go so things could be turned around.

Let’s get these numbers up, let’s get this vote back on track.

Taking to Twitter on Tuesday, Piers shared a quote from Winston Churchill about having enemies.

The quote read: “You have enemies? Good. That means you’ve stood up for something, sometime in your life.”

Viewers were quick to respond, with one person writing: “True but you may have not stood up for the right thing.”

Another quipped: “Taking on @piersmorgan is like getting into a mud fight with a pig. After a while, you realise the pig is actually enjoying this.”

A third said: “Good on you Piers. I don’t always agree with your views but why should a group of people think it’s okay to bully someone for having an opinion?”

During today’s edition of the daytime show, Piers ranted about people voting for him to be fired.

He said: “We cannot let the snowflakes win! We need you to get voting! Let’s get these numbers up, let’s get this vote back on track.

“Let’s put the snowflakes firmly back in their box.”

An hour later, he added: “I’m in trouble folks, snowflakes are driving me out!”

Piers ranted that it was “ridiculous” and that if that’s the case, he can identify as a penguin.

However, Piers insisted he is fully supportive of the transgender community.

Read more: Charlotte Hawkins snaps at Piers Morgan as he interrupts her segment on GMB

In one tweet, he wrote: “I support those who transition, just as I’ve always loudly supported gay rights, but I don’t support the ridiculous notion of 100 genders, and most sensible people agree with me.”

In another, Piers added: “I’ve always been a loud & proud supporter of people who transition, but feel this 100-gender nonsense makes an absolute mockery of what they go through.”

Do you think Piers should be fired from GMB? Or should he stay? Leave us a comment on our Facebook page @EntertainmentDailyFix and let us know what you think!