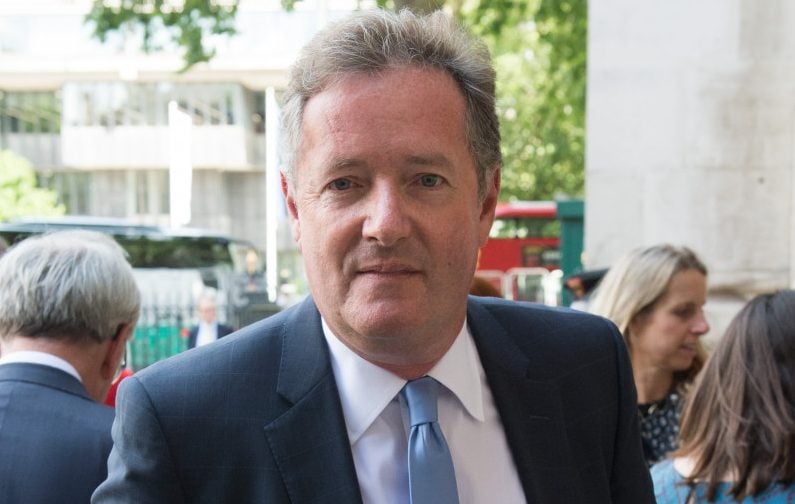 In shocking news ahead of the weekend, it seems Piers Morgan does actually have a softer side!

The controversial, no nonsense Good Morning Britain presenter took to Instagram on Friday to pay tribute to his little brother, Jeremy.

The image showed a cute throwback snap of the pair as little boys, alongside a recreation of the same shot nearly 50 years later.

His 234k followers were delighted with the cute tribute to Jeremy – who is two years younger – with one writing: “We need to talk about the hat!! 🤔”.

Another added: “This is very cute 💜”.

A third wrote: “This is a beautiful photo ❤️ family is everything”.

It follows the news that Piers has landed himself a cameo on Hollyoaks!

The former journalist, along with TV stars Susanna Reid, Carol Kirkwood, Ken Bruce and Debbie Mac will appear in Hollyoaks next week as Storm Belinda hits the Chester village.

Great to see how excited @susannareid100 & @kayburley_ are about the news I have been nominated for Best TV Presenter at this year’s @officialntas !

The Good Morning Britain co-hosts will play themselves as they break news of the fictional Storm Belinda which threatens to hit the village, and BBC weather presenter Carol Kirkwood will be seen on the Channel 4 soap teasing the inclement weather set for the Chester area.

The storm will threaten Ste Hay (Kieron Richardson) and Harry Thomson’s (Parry Glasspool) big day, and fans are already aware Stephanie Davis will make her return as Sinead O’Connor during the dramatic episodes.

This was revealed in the soap’s autumn trailer, which saw Sinead out to wreak revenge on her former lover Ste as he prepares to tie the knot with Harry.

We’re loving this sweeter side of Piers. Maybe we’ll get to see more of it on Good Morning Britain in the future…?

Have you ever recreated an old family picture? Leave us a comment on our Facebook page @EntertainmentDailyFix and let us know what you think.