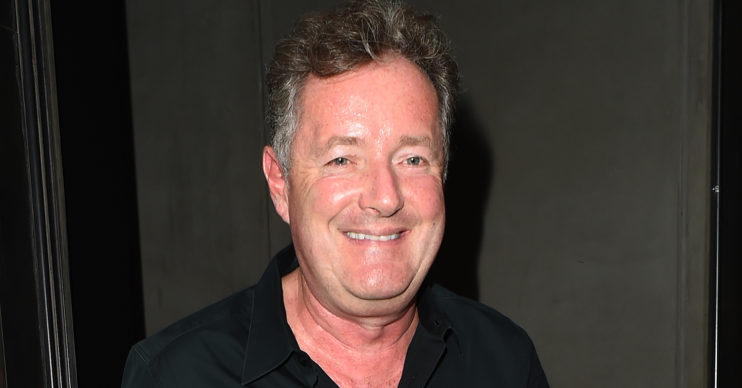 Piers Morgan left fans in hysterics as he revealed you can buy toilet roll with his face printed on it.

He shared a shot of the personalised loo roll with his 1.2million followers, telling them: “This is real, and apparently selling like hotcakes”.

‘Poop on Piers’ certainly went down a treat with his followers.

Taking to the comments section, one wrote: “You should get royalties!”

A second asked: “Where can I buy this please?”

Another said: “You’re missing a trick by not supplying merch to your haters… or maybe you are behind this loo roll.”

While Piers isn’t afraid to make fun of himself, often jokes can be taken a little too far.

Speaking about the online hoax, Piers said in his Daily Mail column: “Fortunately, my friends’ concern for my health marginally outweighed their natural craving to be on camera.

“Or at least it did for the ones I know about.”

Holly told him that someone asked her to “record an obit message” about him.

According to Piers, the presenter insisted she would have said he was “a wonderfully beloved part of the ITV daytime family” and that he would be sorely missed.

What else has Piers been up to?

Earlier this week, Piers clashed with Edwina Currie as the two discussed Boris Johnson’s handling of the spoke in coronavirus cases.

The TV star appeared on the GMB alongside Professor John Aston and former Speaker of the House John Bercow.

Piers went on to raise questions about the government initially failing to include 16,000 people who had tested positive for Covid-19 off of the latest official figures.

“Every single week brings a new shambles!” ranted the presenter, insisting that the error had put lives at risk.

His remarks didn’t sit well with Edwina, who quickly interjected: “No they didn’t!”

Following a heated discussion, she awkwardly added: “You’re doing most of the talking again!”