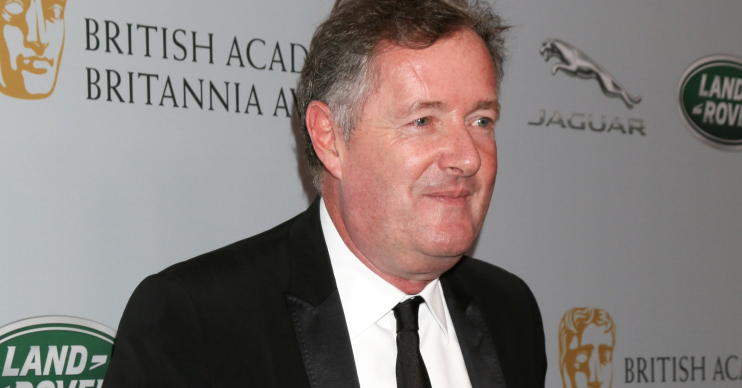 Presenter Piers has been forthright with his support for the NHS

Breakfast TV host Piers Morgan has stuck his hand in his pocket for a football-related coronavirus fundraiser.

Piers, 55, has pledged £10,000 in an auction for a shirt that once belonged to footballing hero Thierry Henry.

The Arsenal fan called the idea for the charity sale – organised by ex footballer Robbie Savage – as “brilliant”.

Former Leicester player Robbie, 45, has been raising money for the NHS Charities COVID-19 Urgent Appeal among other charities.

He said on Instagram that French star Thierry, who played for Arsenal between 1999 and 2007, had offered up his commemorative 100th Arsenal goal shirt for the fundraising effort.

Robbie wrote: “As part of the event, sporting ace Thierry Henry agreed to auction his 100th Arsenal goal shirt as the prize.

“After speaking to @thierryhenry representatives this week, we have agreed to Auction his 100th @arsenal Goal Shirt that I had!

“The money raised will go to NHS Charities Together – which works with 250 NHS charities and are currently running the NHS Charities Covid-19 Urgent Appeal!”

After speaking to @thierryhenry representatives this week, we have agreed to Auction his 100th @arsenal Goal Shirt that I had! The money raised will go to NHS Charities Together – which works with 250 NHS charities and are currently running the NHS Charities Covid-19 Urgent Appeal! @nhswebsite (Link in Bio) thank you to @dailymirror and @btsport for setting this up ⚽️

Some people moaned they couldn’t match his bid.

“Exactly why you shouldn’t have bidding because rich people will always win. Why not raffle it at £5/£10 a ticket and anyone can win?” protested one social media user.

“£5 per raffle ticket would generate millions and give everyone a fair chance. This will raise money yes, but allow public to join in and it could be record breaking,” tweeted another.

And another wrote: “I get it’s all about raising money but is it just the rich man’s auction.”

The presenter’s forthright support for the NHS during the coronavirus pandemic has also meant he may be regarded as a future political figure.

As well as grilling Cabinet Ministers over the government’s reaction to the crisis, he has also promised to pay any parking tickets given to NHS staff.

Bookies recently claimed to have received an increase in bets being placed on the ex newspaper editor taking over at Number 10 by 2040.

And Piers might even be up for putting himself forward for the job after he joked about doing so last week.

“Ready to serve,” he joked with his millions of Twitter followers as he posted a doctored image.

Coral said: “We’ve seen punters placing bets on Piers for PM and have slashed the odds on it happening.”