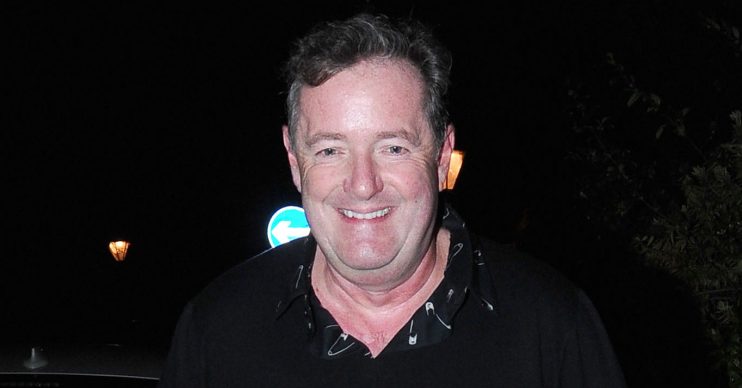 Phil came out earlier this month

Daytime TV presenter Piers Morgan has said that the fact This Morning presenter Phillip Schofield came out as gay ‘didn’t massively surprise’ him.

Phillip, 57, stunned the entertainment world when he revealed he was gay first on social media and then live on This Morning, with co-host Holly Willoughby by his side.

The Sun carries quotes from Piers’ Mail On Sunday column, in which he described his experience presenting GMTV at the Oscars.

One of he and Susanna Reid’s guests during the broadcast was the legendary Joan Collins.

The 86-year-old star bluntly said that everyone knew Phillip was gay before he publicly announced it.

I’m not sure that’s entirely true, though the news didn’t massively surprise me.

Piers took to his weekly column to address the talking point.

He wrote: “Joan, meanwhile, blew up Twitter by saying ‘everyone who knew’ Phillip Schofield ‘knew he was gay’.

“I’m not sure that’s entirely true, though the news didn’t massively surprise me.”

During the on-air discussion, Dame Joan said: “What was the reason he suddenly felt he needed to go public with this, when a lot of people already knew? I mean, we all knew.”

“I wasn’t in England so I haven’t seen it, but I thought, ‘why does he have to do that?’ I mean, it seemed like he was living a fine life,” she added.

Piers went on to reveal that he texted Phil to wish him all the best.

He wrote: “‘You must be feeling a little discombobulated,’ I texted him. ‘But never has the phrase ‘better out than in’ seemed more appropriate. Honesty is always the best policy in matters of the heart.’

“‘Discombobulated is definitely the right word!’ he replied. ‘It wasn’t easy but for the first time in a long time, I feel a little lighter of the heart.'”

Phillip received an outpouring of support from both celeb friends and fans after his shock announcement.

While his mother-in-law also came out with a message of support, his wife Steph said that she would stand by him.