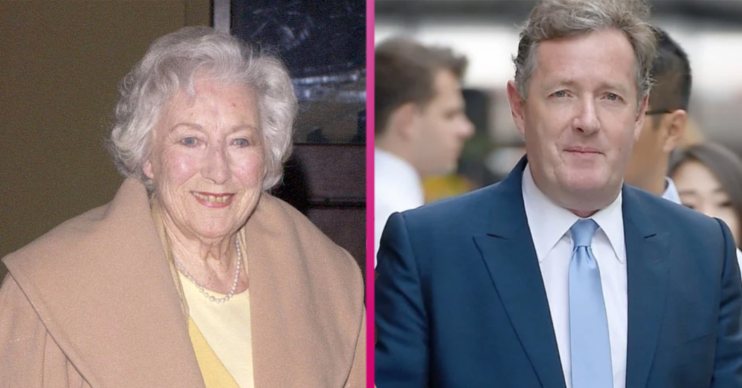 TV’s Piers Morgan has shared a special message in honour of Dame Vera Lynn ahead of her funeral.

The 55-year-old Good Morning Britain presenter took to Instagram to reveal how two Spitfire planes were spotted flying over his house before realising the occasion.

“Couldn’t work out what the hell was going on, then I remembered it’s Dame Vera Lynn’s funeral today.

“She lived a few miles down the road. Very moving moment. RIP Vera.”

The singer’s funeral was held at Woodvale Crematorium.

As well as a Spitfire flypast, roads for her cortège were closed in Ditchling, the village where she lived for 50 years.

Dame Vera, who was nicknamed the Forces’ Sweetheart, passed away two days before her 104th birthday.

Her family confirmed the sad news in a statement.

She became a national treasure during the Second World War after keeping spirits high with her classic hit We’ll Meet Again.

Piers was among the first to pay tribute to Dame Vera following her death.

He wrote on Twitter: “Oh no…. what terribly sad news. Dame Vera Lynn has died, aged 103. A magnificent woman who rallied our country when we most needed it. The Forces sweetheart. The Nation’s sweetheart. RIP.”

Meanwhile, Holly Willoughby and Phillip Schofield remembered the singer in a special segment on This Morning.

Holly said: “We’re starting with some very sad news, Dame Vera Lynn has sadly passed at the age of 103.”

After reading a statement from Dame Vera’s family, Phil continued: “She was always very dignified, she never really put a foot wrong.

“She was so perfect when everybody needed her, a time when people needed her most.”

Holly went on to reveal a childhood memory of Vera.

The presenter said she came across Dame Vera in a garden centre near her home, where her mother pointed her out in excitement.