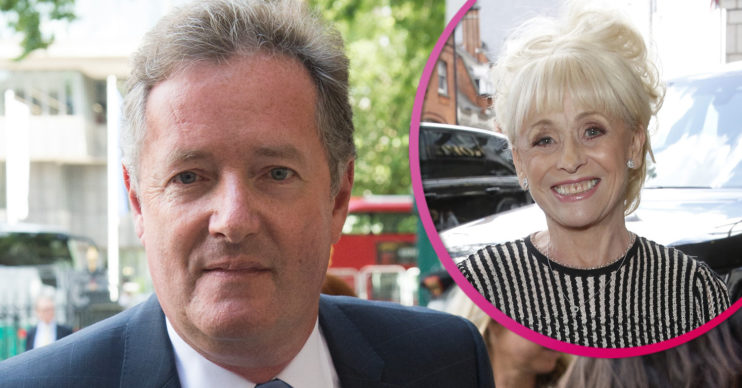 Piers, 55, shared a photo of himself and Barbara from an episode of his Life Stories series to Instagram to mark the occasion.

Happy Birthday to my fabulous friend Barbara Windsor. She’s been going through such a tough time in recent years but has never lost that cheeky grin or massive heart. A wonderful lady.

“She’s been going through such a tough time in recent years but has never lost that cheeky grin or massive heart. A wonderful lady.”

On Thursday, Barbara’s EastEnders co-stars paid tribute to her.

The Carry On star recently moved into a care home ahead of the special day amid her battle with Alzheimer’s.

Emma Barton posted a shot of herself with the actress and soap veteran Perry Fenwick.

She said: “‘There is nothing like a Dame’… My #tbt has to be of my favourite Dame… Happy Birthday Bar…”

Lacey Turner also paid tribute to Babs, writing: “Happy birthday to this Wonder Woman hope your day is as beautiful as you.”

Barbara was diagnosed with Alzheimer’s in 2014 but shared her illness with the public in 2018.

The star’s husband Scott Mitchell recently opened up about his heartbreak following her move into a care home.

Scott told The Sun: “It’s always been my biggest fear.

“That one day I would have to take her somewhere and she’d be thinking, ‘Why would he do this to me?’

Scott, who has been married to the actress for 20 years, added he knew a move into a residential care home was right for Barbara.

He added: “But that’s the illness and, however painful it is for me to accept it, I don’t regret the decision.”

Meanwhile, in June, Scott explained he was given a warning from Barbara’s healthcare specialist about her condition.