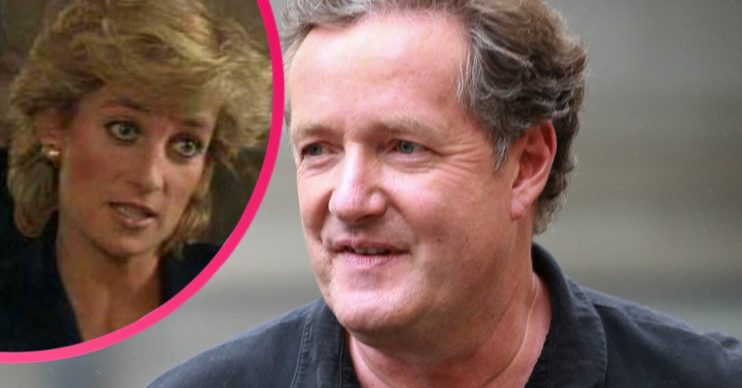 Panorama: Piers Morgan says the BBC has ‘blood on its hands’ over Diana

The former GMB presenter has blasted the broadcaster

The broadcaster’s inquiry into Martin Bashir’s interview with Princess Diana concluded the journalist had used “deceitful behaviour” to secure the exclusive chat.

The BBC said his actions had “fallen short of high standards of integrity and transparency”.

Panorama viewers watched last night (May 21) and were stunned by the conclusion, none more so than Piers.

What did Piers say about Princess Diana?

The former GMB host rushed to Twitter to share his thoughts on the BBC, and he didn’t hold back.

“Tonight’s Panorama was shocking – but mainly because it’s taken the BBC 25 years to finally tell the truth about the Bashir/Diana scandal,” he wrote.

“They have blood on their hands because that interview propelled Diana on a path to her death.

He added: “A shocking, criminal abuse of public money.”

Many fans agreed with Piers.

“Piers: I totally agree”, one wrote. “The @BBC are shameful to allow @MartinBashir to have acted in a dishonest and corrupt manner.”

What did Princess Diana’s brother say?

During the Panorama special, Princess Diana’s brother alleged the interview set her on a path toward her death.

“The irony is that I met Martin Bashir on the 31st of August 1995, because exactly two years later she died, and I do draw a line between the two events,” he said.

“It’s quite clear from the introduction that I sat in on the 19th of September 1995 everyone was going to be made untrustworthy. I think that Diana did lose trust in really key people.

“This is a young girl in her mid-30s. She lived this extraordinarily turbulent and difficult time in the public eye. She didn’t know who to trust in the end. When she died two years later, she was without any form of real protection.”

As a result, the BBC revealed that it has written to the royal family to apologise for the details surrounding Diana’s interview.

On Thursday, Prince William shared his thoughts, saying: It brings indescribable sadness to know that the BBC’s failures contributed significantly to her fear, paranoia and isolation that I remember from those final years with her.”

So what do you think of Piers’ remarks? Tell us on our Facebook page @EntertainmentDailyFix.