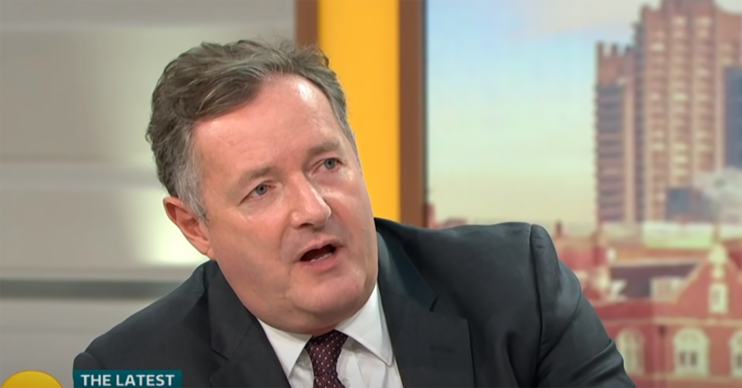 But does his 'first rule of TV' mean he is a nice guy?

Piers Morgan has teased some of TV’s biggest stars may not be as loveable as they appear on screen.

The presenter seemed to take aim on social media yesterday (Thursday, July 30) as he retweeted a story about The Ellen DeGeneres Show.

The US chat show’s work environment is currently being investigated by its parent company, according to reports.

Among allegations made by employees are claims involving racism, workplace intimidation and other mistreatment.

Ellen herself has also come under fire on social media with rumours circulating about her own alleged demanding ways with show staff.

And it appears Piers couldn’t pass up the opportunity to point out not all halos in TV land are perfectly polished.

That must make you the nicest man in history.

The Good Morning Britain host – without naming anyone in particular – hinted TV personas can sometimes be an act.

And the outspoken ‘anti-woke’ pundit made it clear he is particularly doubtful about celebrity do-gooders.

Rule one of TV: the ‘nicer’ stars seem on camera, & the more they bang on about ‘being kind’, the more diabolical they tend to be in real life… 👇 https://t.co/JBPfuzZ8XP

Read more: This Morning sparks Ofcom complaints over ‘guest who refuses to work with fat people’

He even went as far as suggesting some of those with the best reputations can be the most “diabolical”.

Piers wrote: “Rule one of TV: the ‘nicer’ stars seem on camera, and the more they bang on about ‘being kind’, the more diabolical they tend to be in real life.”

Does that mean Piers Morgan is ‘nice’?

Thousands of Piers’ Twitter followers responded quickly with suggestions about who they believed Piers was referring to.

And many others also joked how Piers’ reasoning could mean he is one of the nicest people in showbiz himself!

One noted: “If we apply that logic, it must mean you’re a wonderful person to be around in real life? I jest…”

“That must make you the nicest man in history,” echoed somebody else.

And a third person chipped in: “By your logic Piers you must be a complete joy to work with!”

Piers’ unvarnished and confrontational style with famous faces is a significant reason for his popularity.

Over the last few months, however, he has come under fire for some of his fanbase for his uncompromising questioning of the Government over their handling of the coronavirus pandemic.

Nonetheless, his clashes with the likes of Lord Sugar, Little Mix and Meghan Markle have ensured both he and they – whether they are ‘nice’ or not – get plenty of attention.