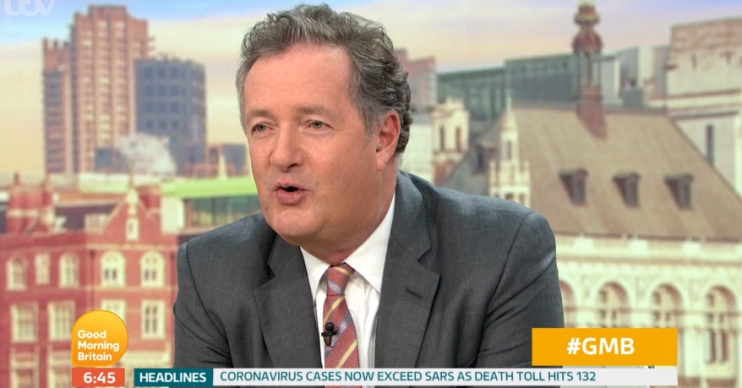 Fans think it's a brilliant idea

Piers, 54, was among those criticising the Britain’s Got Talent judge with the presenter branding the performance a “trainwreck”.

After spotting Ricky Gervais – who recently hosted the Golden Globes – in the audience, Piers tweeted: “Walliams bombing so badly. Unbearable to know @rickygervais is sitting in the audience but we have to endure this horror hosting.

“Come on Ricky, storm the stage.”

Walliams bombing so badly.
Unbearable to know @rickygervais
is sitting in the audience but we have to endure this horror hosting.
Come on Ricky, storm the stage.. #NTAs pic.twitter.com/HVK0XhBWXo

On fan tweeted Piers: “Absolutely loving the National Television Awards commentary courtesy of the legend that is @piersmorgan…vote for Piers hosting with @rickygervais next year.”

Fans were keen on the idea and think Piers would be a great host of the show.

During his hosting stint, David left the audience in stitches when he accepted his award for Best TV Judge with no trousers on.

Many thought he was hilarious, with one person writing on Twitter: “David Williams is hilarious I don’t care what you lot say #NTAs.”

Another said: “David Walliams is hilarious – great choice!” while a third added: “There was absolutely nothing wrong with David Williams last night!

“I thought he was great,he was funny and a great way to celebrate 25th NTAs.”

However, others weren’t sure about David hosting and were missing former presenter Dermot.

One tweeted: “Basically please bring back Dermot O’Leary next year, he is a better presenter than David Walliams.”

Another said: “Half way through the #NTAs and I’ve decided that I want Dermot back as the host. Or someone other than David Walliams.”

One wrote: “It wasn’t this awkward in previous years. I personally think David Walliams is making it awkward and trying to do comedy, it doesn’t work.

“Dermot has been the presenter for years and he was a good presenter.”

Did you enjoy David hosting the NTAs? Leave us a comment on our Facebook page @EntertainmentDailyFix and let us know.