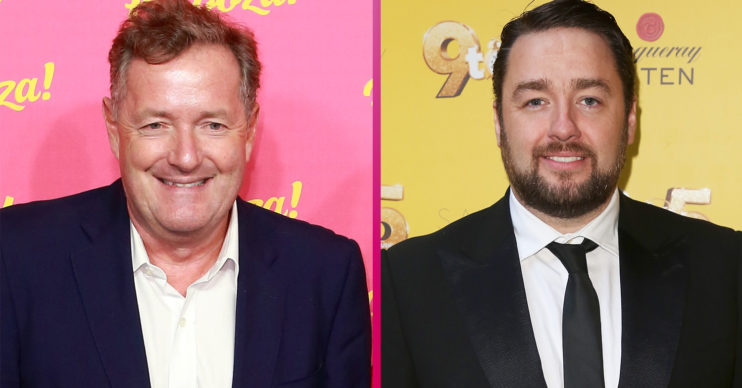 In latest Piers Morgan news, the star has responded to Jason Manford after he criticised his “out of order” comments about Meghan Markle.

The former Good Morning Britain host sparked a huge backlash earlier this month for saying he didn’t believe the Duchess of Sussex in her Oprah interview.

Now, Jason has shared his thoughts on Twitter and said he didn’t agree with Piers’ comments.

What did Jason Manford say about Piers Morgan?

Piers tweeted his Mail on Sunday article in which he opened up about his GMB exit and the fallout from his comments about Meghan.

“I don’t agree with Piers over the Meghan thing at all, think he was out of order.

Fair enough… I respect your right to have a different opinion to me. https://t.co/D3IhgXMAuG

“But when he quit GMB, nobody cheered more than the politicians who no longer have anyone to ask the hard questions.”

Piers then responded: “Fair enough… I respect your right to have a different opinion to me.”

The presenter recently opened up about his departure from GMB and took aim at former colleague Alex Beresford.

Alex and Piers had clashed on the programme days after Meghan and Prince Harry’s Oprah interview.

The spat resulted in Piers storming off set to calm down.

Piers accused weatherman Alex of ‘trying to make name for himself’ during their onscreen row.

He admitted feeling “tired and agitated” the day of their clash, and added that Alex also seemed “uptight”.

He added: “I don’t mind outside guests trying to make a name for themselves by whacking me like this, but I wasn’t going to sit there and take it from one of my own team, especially someone who I’ve gone out of my way to help whenever he’s asked me for advice about his career.