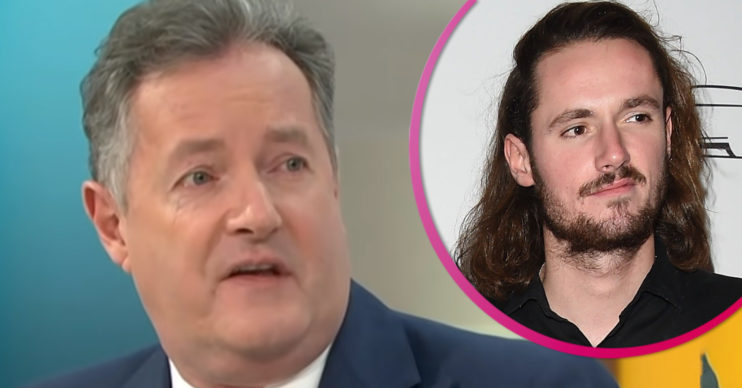 Earlier this week, Piers left Good Morning Britain following backlash over comments he made about Meghan Markle‘s revelations in her Oprah interview.

In the chat, Meghan spoke about feeling suicidal during her pregnancy with Archie as well as allege there were ‘concerns’ about how dark Archie’s skin colour might be when he was born within the royal family.

Following the interview, Piers sparked over 41,000 complaints to Ofcom after saying he ‘doesn’t believe a word’ Meghan said in the chat.

Now, his son Spencer has revealed the “vile” abuse he and his dad have received amid the backlash.

He wrote on Twitter: “What’s also become clear is it’s the brainwashed young are the most vile and abusive on Team Woke.

What’s also become clear is it’s the brainwashed young are the most vile and abusive on Team Woke. Their parents must save them

“Their parents must save them.”

In another tweet, Spencer added: “To be specific it’s early teenage girls. The ones who ‘stan’ stuff and have [bleep] like One Direction in their bio.

“Sending death threats etc, you name it. Poor kids – hope they get help.”

Earlier this week, Ofcom confirmed it was investigating Piers’ comments about Meghan on Monday’s episode of GMB.

Meanwhile, on Tuesday, Piers clashed with co-star Alex Beresford after the weather expert called him out over his remarks about the Duchess.

The spat resulted in Piers walking off set.

However, the presenter returned following an ad break and he and Alex had an intense debate.

Piers clarified his comments about mental health and said those who have suicidal thoughts should be able to receive the right help.

It came after Meghan claimed she asked someone at the Palace for help but she was told it “wouldn’t be good for The Institution”.

Piers said: “My real concern was a disbelief frankly that she went to a senior member of the royal household, told them she was suicidal and was told she could not have any help.

“If that is true, A that person should be fired and B the royal family have serious questions to be answered about how they handled it.”

The following day, Piers shared a message to Twitter and said he still doesn’t believe Meghan.

“I’ve had time to reflect on this opinion, and I still don’t. If you did, OK. Freedom of speech is a hill I’m happy to die on.”

What are your thoughts? Leave us a comment on our Facebook page @EntertainmentDailyFix and let us know.