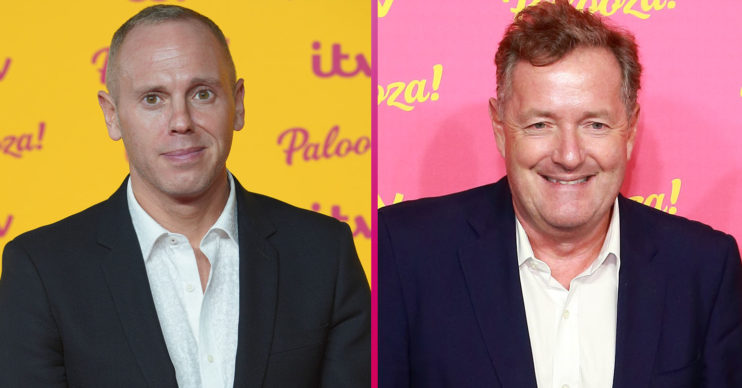 In latest news about who will replace Piers Morgan on GMB, fans have begged Robert Rinder to take over.

Many names have been thrown into the mix regarding Piers’ replacement, however, it seems fans want Judge Rinder to take the spot.

After Robert appeared on Tuesday’s GMB, fans wanted him to become co-host alongside his friend Susanna Reid.

Viewers expressed their thoughts and called Robert a “great” replacement for Piers.

One person said on Twitter: “Rob Rinder would be a great replacement for Piers Morgan.”

Rob Rinder would be a great replacement for Piers Morgan @GMB

Avoided GMT 4 Years because of Morgan, Rob Rinder I’d happily go back to watching it.

One wrote: “Avoided GMB 4 years because of Morgan, Rob Rinder I’d happily go back to watching it.”

Robert previously spoke about the possibility of replacing Piers on Good Morning Britain.

Speaking to The Sun, the TV star shared: “I think that Piers has been on that show for a few years, I think the politicians and people that whinge about the world that come on that programme to be cross-examined will consider Piers Morgan to be a birthday present.

It comes after Richard Madeley admitted he’d be up for replacing Piers on the programme.

The former This Morning presenter has filled in for Piers on the show multiple times.

Speaking to Metro, Richard said: “If the phone went and they said, ‘Would you come in and talk?’ of course I would talk to them.

“But I very much like sitting in for people. I have all the fun and very little of the responsibility or flak.”

Read more: Piers Morgan on GMB: Judge Rinder ‘will be tougher on politicians’ if he lands job

Meanwhile, Richard revealed he received “horrendous abuse” from trolls when he filled in for Piers on the show.

He added: “I remember when I started sitting in for Piers on Good Morning Britain, I’d have a look at Twitter after I’d done a programme and, yes, you get some nice comments but you also get horrendous abuse and, from time to time, death threats.”

Other names that have been suggested to replace Piers include Eamonn Holmes, Ben Shephard and Adil Ray.