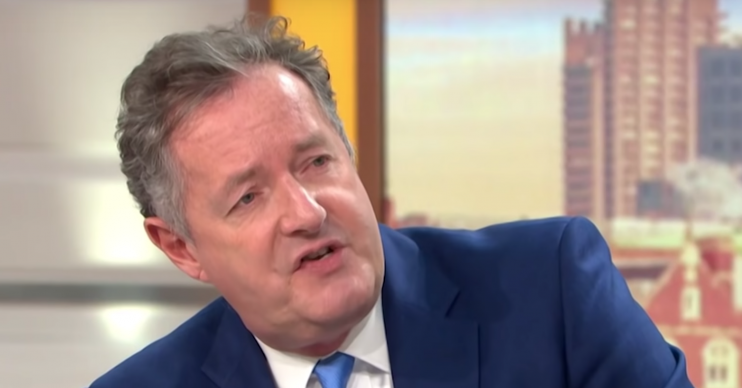 Labelled 'savage' by one observer for knock on ITV colleagues

Breakfast TV host Piers Morgan took a cheeky swipe at ITV colleagues after Good Morning Britain was announced as being in the running for a broadcasting industry award earlier today.

The 54-year-old ex newspaper editor amused some of his Twitter followers when he extended sarcastic commiserations to Phillip Schofield and Holly Willoughby of This Morning after his show was nominated for a gong at the RTS Awards but there’s wasn’t.

Tweeting out the announcement about who is up for what this afternoon, Piers impudently mocked Phil and Hols by joking he was ‘thinking about them’.

He captioned his post: “BREAKING: Good Morning Britain nominated for Best Daytime Programme at the RTS Awards…. and This Morning isn’t!

Read more: Kate stuns in green as she and Prince William land in Dublin to begin royal tour

“Thoughts with our ‘one big happy ITV family’ colleagues @Schofe @hollywills at this difficult time.”

Neither Holly nor Phillip rose to Piers’ bait on social media – but his sneering divided opinion within those who did respond to his tweet.

We may finally have a chance of winning something…

Another person, suggesting GMB’s success may have been down to the efforts of his replacement – veteran broadcaster Bill Turnbull – during his recent holiday from telly, joked: “Must be Bill’s input.”

BREAKING: Good Morning Britain nominated for Best Daytime Programme at the RTS Awards…. and This Morning isn’t! Thoughts with our ‘one big happy ITV family’ colleagues @Schofe @hollywills at this difficult time. 🙏 https://t.co/e3Wm8o0qAa

Similarly, someone else hinted that any awards recognition would probably be for those moments Piers isn’t on the box.

“It’s the 6am to 6.30am slot that clinched it, don’t you think @CharlotteHawkns?” they tweeted.

Nonetheless, others felt Piers was due some credit – with one respondent agreeing him and GMB were much more deserving than those fronting This Morning.

“Thank God sick of the other two,” they wrote.

Another fan congratulated Piers: “Congratulations to you Piers and the @GMB team.

“I love waking up to you. Now that’s something I never thought I’d hear myself say.”

And another fan, suggesting Piers’ return from his half-term break had brought about immediate success, added: “You’ve been back for 2 days and look what happens #congrats.”

Newsreader Charlotte also replied to Piers, via the Instagram comments section – and joked about how positive she felt about GMB’s chances because the show was not up against daytime heavyweights Phil and Holly.

She wrote: “We may finally have a chance of winning something…”