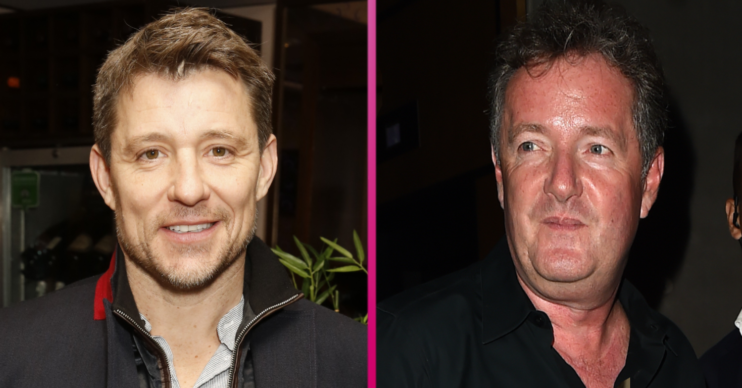 The Good Morning Britain host made the jibe on his birthday

Piers Morgan has used his Instagram platform to take a cheeky swipe at his Good Morning Britain co-star Ben Shephard on Instagram.

The straight-talking broadcaster made the dig while sending birthday wishes to Ben.

The daytime TV favourite, 55, was quick to point out that he has only ever appeared alongside Ben, 46, once on GMB.

He then make a joke about poor Ben’s looks!

Sharing a snap of himself sat alongside Ben on the sofa, Piers wrote on Instagram: “Happy Birthday @benshephardofficial – my @gmb presenting colleague for the past five years, yet this is the ONLY time we’ve ever appeared together in the studio.

Fans were quick to comment on the post, with one ribbing back: “In your dreams Mr Morgan.”

A third teased “Ben can’t compete with the abs.”

Others have called for Piers and Ben to host an episode of GMB together.

One viewer suggested: “I think we should have you and Ben together presenting one day.”

Agreeing, another wrote: “You two would make a great presenting pair!”

Piers’ youngest son, Bertie, turned 20 and received a sweet tribute from his father.

Showing off a softer side, the proud dad-of-four shared a cute childhood snap of his boy with fans.

Bertie could be seen posing on his first day of school, while weighed down by a backpack and PE bag.

Piers shared it with his 1.3 million followers on Instagram, alongside a more recent picture.

Piers had three sons – Bertie, Spencer and Stanley – during his marriage to his first wife, Marion.

In 2011, the couple welcomed their first child together, a daughter called Elise.

Do you think Ben and Piers would make a good hosting duo? Go to our Facebook page @EntertainmentDailyFix and let us know!