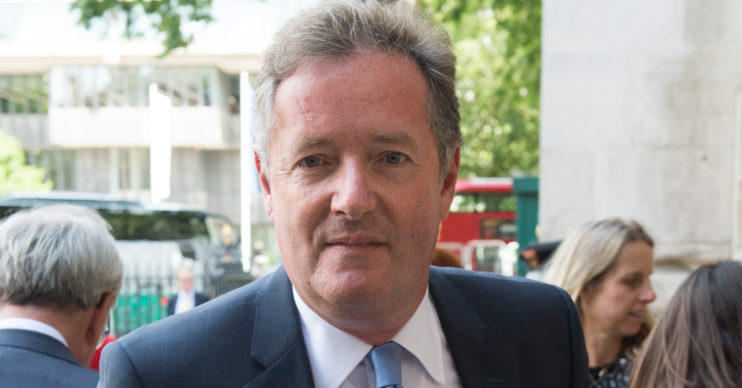 Piers Morgan was left hot and flustered after completing a gruelling workout in the woods.

The Good Morning Britain presenter, 55, even likened himself to Rocky Balboa as he posed for a shot in Newick, Sussex.

Looking slightly red-faced, Piers shared a snap of himself lifting a log as he attempted the brutal fitness feat.

Read more: Susanna Reid fires back at troll as she warns ‘brace yourself’ about GMB comeback

Fans were delighted to see the GMB star getting active.

One wrote: “Smash on Piersy!”

The controversial presenter waved goodbye to the ITV studios in July.

Since then, the show has seen the likes of Kate Garraway, Adil Ray and Alex Beresford taking on presenting duties.

Ahead of his summer break, Piers told viewers: “This is it – our last morning until September!”

The GMB star is set to return alongside co-host Susanna Reid on September 1.

Despite their lavish summer break, things didn’t go exactly to plan for Piers and his family.

The Morgan’s were left devastated after thieves broke into their South of France home during a terrifying raid.

The host’s wife, Celia Walden, opened up about the horrifying experience earlier this week.

Celia revealed the thieves took a meaningful art deco ring which her husband had bought her.

Writing in the Daily Telegraph, Celia explained: “The jewellery part did sting. It still stings now, almost a week on.

‘Every last piece I had with me was gone’

She added: “Every last piece I had with me was gone, none of it of great value, all of it irreplaceable.”

The journalist added that the villa was “a mess” and her handbag was “upside-down on the sofa” while the box she keeps her jewellery in was “lying empty beside it.”

According to French police, the intruder had been in the home just 15 minutes earlier.

Their trip also came to an abrupt end after the clan were forced to fly home early to avoid quarantine.

Piers shared a photo of himself and sons Spencer and Bertie at the airport, writing: “Quarantine dodgers.”