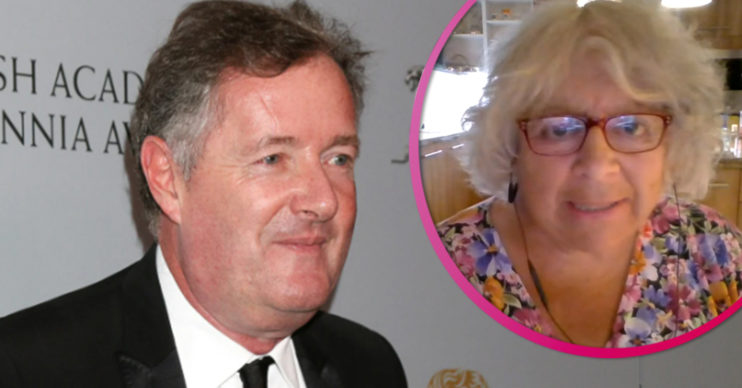 Miriam said she wanted Boris to die from coronavirus

His words comes after Miriam, 78, admitted that she wanted Boris to die of coronavirus.

Speaking on Channel 4’s The Last Leg Lockdown, Miriam gave her verdict on how well she thinks the government is handling the pandemic.

She said: “Appallingly, of course, appallingly. It’s a disgrace, it’s a scandal. It’s a public scandal.

“I had difficulty not wanting Boris Johnson to die. I wanted him to die.

“So then I wanted him to get better, which he did do, he did get better. But he didn’t get better as a human being.

“And I really would prefer that.”

Piers’ took to Twitter to express his dismay at her words.

Addressing his some 7.4 million Twitter followers, he writes: “Disgusting. This is where toxic tribalism has got us.. actively wanting people of a different political persuasion to die.

“Shame on you Ms Margoyles [SIC].”

Many of his followers have expressed their full support with his sentiments.

One agreed by replying with: “I have been a member of the Labour Party for years and have never voted for a conservative candidate, frankly what she said is disgraceful and shows how poisonous our politics have become on both left and right.”

Another writes: “Atrocious. I have criticised Johnson as much as anyone else. But I tweeted him congratulations on his election victory, get well messages when he was ill and congrats on the birth of his child. I want him out of office but I’d never wish him harm.”

And a third tweeted: “She is a ridiculous, old attention seeker, she says these disgusting thing purposely to get a reaction, and here we all are discussing her, don’t give her the satisfaction.”

However, dozens of users firmly disagree with Piers’ words.

Disgusting. This is where toxic tribalism has got us.. actively wanting people of a different political persuasion to die. Shame on you Ms Margoyles. https://t.co/WBVP5bt4Vp

One said: “That isn’t the full quote and is twisted. She was being very honest about her anger and she has every right to do so.

“In her defence she’s in the vulnerable bracket that Boris is happy to sacrifice for his herd immunity. He’s literally taken steps for people her age to die.”

A third claims: “Did you actually watch it? She said she felt bad for wishing him dead. But she’s correct. He did get better, but didn’t get better as a human being.”