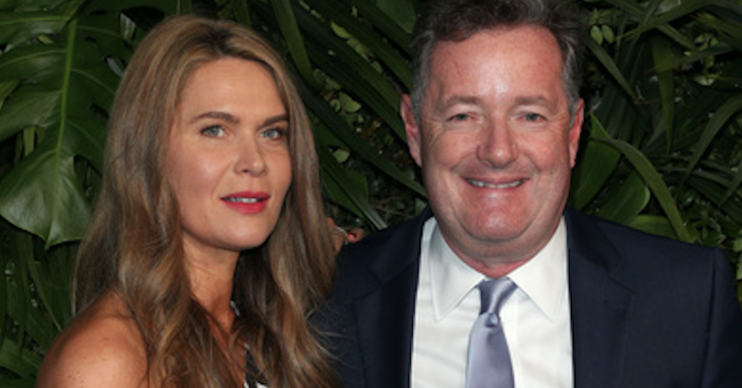 TV host Piers Morgan has joked his wife Celia Walden may have had enough of him.

And the Good Morning Britain presenter, 55, indicated to fans he may be worried how she might get rid.

The couple, married for 10 years, are parents to daughter Elise.

But it seems Piers has picked up on some ‘hints’ that he may now be disposable to his family.

Read more: Martin Kemp says it’s weird that he is a heartthrob for grandmothers

Piers’ mucking about came as he shared Celia’s work with his Instagram followers.

Her newspaper interview with former US Presidential hopeful Hillary Clinton apparently caused him some concern.

Exaggerating her comments, Piers noted there was a “worrying” key point he picked up on.

Thousands of Piers’ followers were tickled by the idea, with dozens leaving laughing emojis in the comments section.

Others joined in with the fun, urging him to be on his guard against being boiled.

“Be careful Piers,” one commenter mock-warned.

‘The start of a husband boiling club?’

And even though Piers was clearly having a laugh with his caption, it seems Celia may have had similar thoughts.

The 44-year-old responded to one follower who joked they’d be keen on boiling their ex as she shared a similar post on her Insta account.

“This may be the start of a husband boiling club? Forget bunnies,” she replied.

Celia also wondered how oil-boilings would be received for wives after someone else made a joke application to join the club.

“Welcome! D’you think it’s possible they feel the same way about us?” she added.

Despite joking about meeting his end at the hands of his wife, Piers was quite happy for Celia to cut his hair back in April.

A snap showed Piers sitting in front of a mirror with a towel wrapped around his neck and shoulders with Celia beside him holding his locks.

He joked: “The words ‘Don’t worry, I’ve watched a YouTube video….’do not fill me with confidence.”

Meanwhile, Celia contributed: “I don’t know what’s funnier: that he believed me when I said I could cut hair – or that I just shaved my initials into the back of his head.”