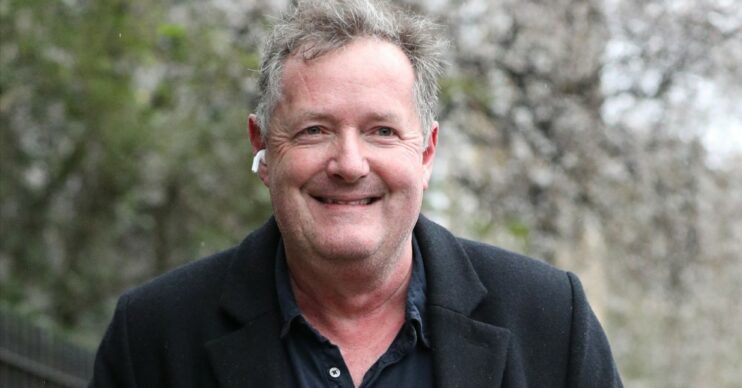 Piers didn't agree with the suggestion

Piers Morgan has waded into a debate on Twitter over whether using the word ‘curry’ should be cancelled.

Never one to hold back on his opinions, the former Good Morning Britain host didn’t mince his words as he responded to claims that curry is a “British colonial” term.

Piers, 56, took to his Twitter page to air his discontent at the suggestion made by a food blogger.

He posted: “If the word ‘curry’ is now deemed to be racist, then I need to leave this planet with immediate effect.”

Piers teamed the post with a GIF of himself putting his head in his hands alongside a spinning globe with the caption “the world’s gone nuts”.

If the word ‘curry’ is now deemed to be racist, then I need to leave this planet with immediate effect. pic.twitter.com/T9c5Lvepqg

Who has upset Piers now?

Chaheti Bansal made the claims as she believes the term became “popularised by white people who couldn’t be bothered to learn the actual names” of Asian food.

Talking in a video made at her Californian home of a recipe she was working on, Chaheti said: “Not in all cultures but specifically in Indian cuisine because I don’t understand what that word means.

“There’s a saying that the food in India changes every 100km and yet we’re still using this umbrella term popularised by white people who couldn’t be bothered to learn the actual names of our dishes. But we can still unlearn.”

The 27-year-old social media star has since appeared on NBC Asian America to explain her views further.

She said: “Curry shouldn’t be all that you think about when you think about South Asian food. You can travel like 100km, and you can get a completely different type of cuisine.

“And it’s a completely different language and a different culture.

“I enjoy their curry. Even their curry names have very specific traditional names paired with it, or it’s referring to something very specific. But you shouldn’t just lump all of our foods together under this term.”