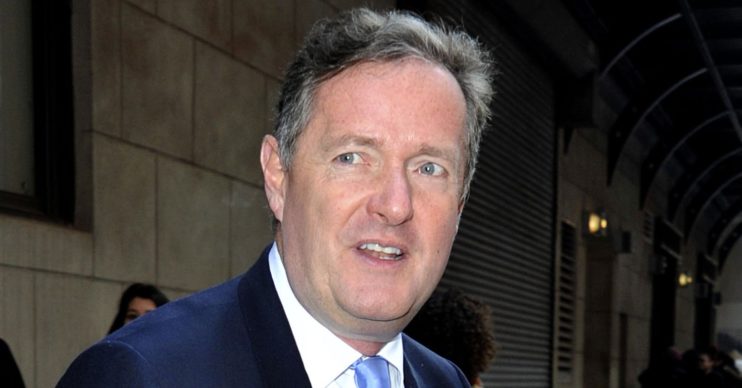 The GMB host slammed his close friend on Twitter

The Good Morning Britain host, 55, slammed the cricketer on Twitter after he told his followers to “go for it” amid the ongoing pandemic.

Kevin, 40, tweeted: “Ring fence care homes. Protect the elderly. Vulnerable need to take extra care and precaution. The rest of us – GO FOR IT!”

Kevin’s comment clearly didn’t go unnoticed by Piers, who was quick to fire back online.

Retweeting the post, he wrote: “It’s the rest of you ‘going for it’ that’s caused the problem. Take it more seriously.”

Fans rushed to Piers’ defence, with one commenting: “Agree 100%. People have become far too relaxed.”

A second said: “Seriously, you may as well talk to a brick wall Piers… they have an answer to everything!”

It’s the rest of you ‘going for it’ that’s caused the problem.
Take it more seriously. https://t.co/liRerj3lyN

Others were quick to criticise the GMB star, who recently returned from a family holiday to the South Of France.

One stated: “Pretty sure you have been to multiple restaurants and cafes since lockdown and travelled to Europe where cases have been rising. But yes it’s everyone else’s fault.”

Another agreed: “I’d take you more seriously if you practised what you preach and hadn’t been away on holiday meeting up with your mates. Some of us haven’t had a holiday this year and I see no issue with folk going for a meal or socialising with a few friends.”

A third added: “You were literally just out in the South of France ‘going for it’ yourself.”

It certainly isn’t the first time Piers and Kevin have come to blows.

Earlier this week, the GMB star was mocked by his close friend over his weight.

Explaining their complicated friendship to co-host Susanna Reid, Piers said: “We like to give it straight.

“He got banned from England because at the peak of his powers he would say what he felt. He was honest.

“That’s why I like him, even when he’s honest about me putting on a bit of timber.”

Piers then confirmed he’d piled on the pounds and busting his ankle hadn’t helped.

“I need to be shamed into losing it,” the presenter added.

In July, Piers was out with the Aussie star at his favourite restaurant in Kensington.

He shared a snap from their night together and wrote: “So nice to be back at London’s best restaurant Cambio de Tercio. Still fabulous food, delicious wine & exceptional service.

“Shame about Kevin but you can’t have everything in life. Thanks to Abel & the brilliant staff. Great to be back.”