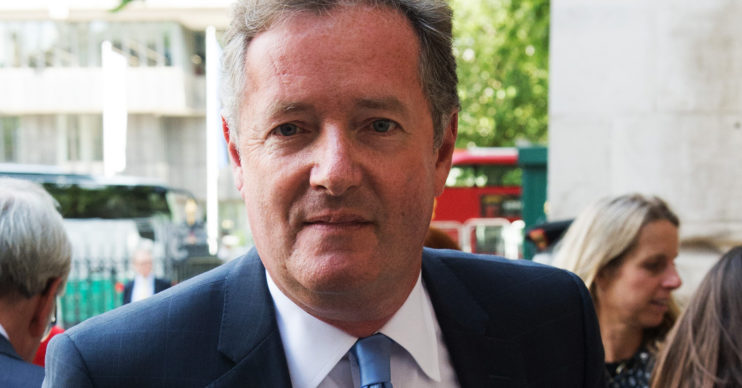 The GMB host has sparked yet more controversy

Piers Morgan has stunned some of his fans with a controversial remark.

The Good Morning Britain star, 55, made a comment on social media that left many reeling.

Piers responded to an article which described “individuals with a cervix”.

He replied in view of his some 7.6 million Twitter followers by asking: “Do you mean women?”

His comment sparked debate over whether his remark was a transphobic one.

Piers Morgan: “Do you mean women?”

One disgruntled Twitter user responded with: “No. This is transphobic. Trans men usually have a cervix. To say ‘women’ would exclude them from this, and therefore increase their risk of getting cervical cancer due to lack of awareness.”

Read more: Martin Lewis quits GMB because he ‘can’t cope’ with the workload

Another user pledged to unfollow the star: “Damn, just started liking some of your opinions. Transphobia is a massive no though, unfollowing you.”

However, Piers hit back: “It’s not ‘transphobia’ to ask why the word ‘women’ is being deliberately eradicated from common usage in case it offends people….

“This debate needs to be had without the woke brigade losing their minds.”

Piers Morgan: “Isn’t is also important that women are still allowed to be called women”

Yes, of course.
But isn't it also important that women are still allowed to be called women, and addressed as women?
The war on gender-specific language is getting completely ridiculous. https://t.co/MX5HmLPbte

Meanwhile, a fourth claimed: “Dude chill. Relax. The message is about cervical health and cancer prevention. I think those who have a cervix know they have one. It’s OK buddy… no need to focus on the first 4 words and ignore the important parts.”

However others rushed to defend Piers’ sentiment.

Hi Daniel, it’s not ‘transphobia’ to ask why the word ‘women’ is being deliberately eradicated from common usage in case it offends people…. this debate needs to be had without the woke brigade losing their minds. https://t.co/79sKKLUAAE

And another suggested: “I’m very pro-inclusive language but I don’t think it’s right to erase the word ‘woman’. Surely ‘women & others with a cervix’ isn’t a big ask.”

Piers replied to some of the users’ explanations.

One user urged: “It’s important that the trans community feel comfortable with having smears. It saves lives.”

To which Piers responded: “Yes, of course. But isn’t it also important that women are still allowed to be called women, and addressed as women?
The war on gender-specific language is getting completely ridiculous.”

He also responded with “THIS” seemingly in agreement with this user’s words: “This is shocking language. I am a nurse who does smears and most women in the deprived area I work in do not know the word cervix! They would switch off from this message and think it doesn’t mean them.”

J.K. Rowling: “I’m sure there used to be a word for those people”

Also taking to Twitter, the bestselling author responded to an article that described “people who menstruate”.

Addressing her some 14.3 million Twitter followers, she replied: “People who menstruate.’ I’m sure there used to be a word for those people. Someone help me out. Wumben? Wimpund? Woomud?”

Her comment led to uproar amongst the trans community worldwide, even provoking calls for a boycott of her books.