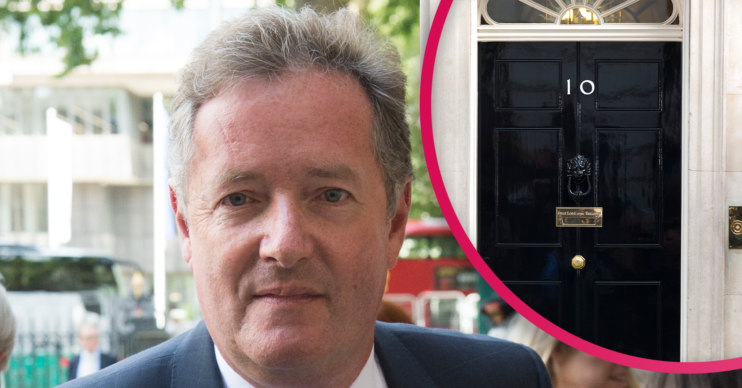 What's come over him?

Piers Morgan is the first to criticise the government when he thinks they have done something wrong.

So much so that many ministers refuse to appear on Good Morning Britain with him.

But today he took a different stance.

Piers may have blocked a government statement last month after ministers refused to appear on the show.

However, on Twitter, he was happy to show his approval for a measure he agreed with.

The money will go towards cultural, arts and heritage institutions to help them weather the storm of the pandemic.

Many were forced to close due to government lockdown rules.

He tweeted the news  – and Piers was quick to retweet it.

In his tweet, Piers used two simple applause emojis to show his support.

What has Piers said in the past?

Piers recently admitted he has received death threats over his tough stance on the pandemic.

He has also been slapped with a warning from media watchdog Ofcom following complaints over his combative exchanges with MPs such as Helen Whately.

But he has vowed to continue challenging the government over their coronavirus and lockdown decisions.

Almost 70,000 people have signed a petition calling for him to be sacked from the ITV breakfast show.

However, almost the same number of people have signed another petition.

That one is calling for him to stay on GMB.

But anyone who thinks Piers has had a change of heart should think again.

Another government minister got a much less flattering response from the presenter.

About the Secretary of State for Digital, Culture, Media and Sport, Oliver Dowden, he wrote: “UPDATE: We were planning to sub-interview @OliverDowden‘s appearances on other morning TV shows – but he was so dull, we didn’t bother.”

UPDATE: We were planning to sub-interview @OliverDowden‘s appearances on other morning TV shows – but he was so dull, we didn’t bother. pic.twitter.com/c2E2GOQjdi

What do you think of Piers’ confrontational approach? Go to our Facebook page @EntertainmentDailyfix and leave a comment to let us know your views.