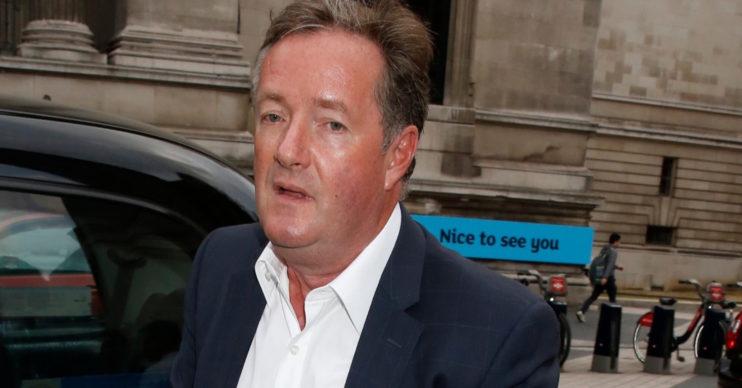 He made the comparison to America's reaction to coronavirus

TV’s Piers Morgan has compared the government to ‘a Soviet style regime intent on hiding the truth’ amid the coronavirus pandemic.

Piers discussed the people protesting for their ‘liberty’ in the United States in his Daily Mail column.

Piers has been very vocal with his criticisms of the UK Government.

He’s saying they are misleading people by underestimating coronavirus death and infection figures.

Piers insisted the government are not providing straight answers on issues of testing and when lockdown may be lifted.

He wrote: “One of the best things about America is that this debate is being had publicly and loudly, in a way that shames countries like my own, Britain.”

He said the UK government is “behaving during this crisis like a soviet style regime intent on suppressing the truth”.

Piers added: “When I see protesters squaring up angrily to health workers, my heart sinks at the abysmal lack of respect for people on the frontline of this coronavirus war.

“The lockdowns are designed to protect life and preserve liberty.”

On Good Morning Britain today (April 22), Piers once again laid into MP Helen Whately, who he accused of not having the correct death toll statistics.

He also questioned whether the government will be able to make their target of 100,000 coronavirus tests by the end of the month.

Health Secretary Matt Hancock previously said the target was 100,000 per day by the end of April.

However, there had only been 18,000 new tests carried out yesterday (April 21), which was a fall on previous days.

'We know testing is really important. We have been working hard to ramp up the testing capacity in the country' – Care Minister Helen Whately. pic.twitter.com/JqnVwbX4nu

However, Piers cut in: “I don’t want to hear about you ramping up though, with respect you’re not ramping it up.

“When you keep saying you’re ramping things up, you’re not, you’re going backwards.

“You’re not doing them!”