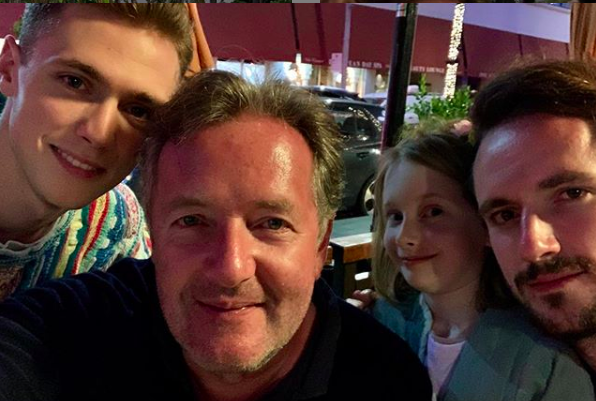 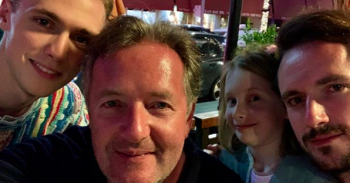 And a few are even urging Stanley to go on Love Island.

Piers Morgan may have just inadvertently caused a grass roots campaign to get his son, actor Stanley, on Love Island.

Many of Piers‘ Instagram followers were left in awe as he shared a photo of his son shirtless.

The pic of the 20-year-old next to a table tennis table is captioned “Nice guns son – shame you still lost 21-10 to the old man.”

And perhaps unsurprisingly, floods of compliments came in for Stanley.

One Instagram user wrote: “He should go on Love Island.”

A second wrote: “Oh Stanley, you definitely get your good looks from your mummy.”

A third: “He should go for the part as he-man the new movie”

And a fourth: “Phwoooar 😍, it’s as though he’s from another species to you, Piers!!

Not everyone seemed so convinced though, with a further commenter writing: “Oh dear, Love Island wannabe?” and another wrote: “Guns?!”

Piers and family are enjoying a holiday in Los Angeles, and he hasn’t held back in sharing photo updates of his luxurious getaway.

From photos to playing golf with Vinnie Jones to a selfie with Zlatan Ibrahimović, but it seems like his son’s topless pic has caused the most stir.

Stanley is one of Piers’ four children. He is brother to 25-year-old Spencer and 18-year-old Albert, whose mother is Piers’ ex-wife Marion Shalloe.

Piers also has a daughter, Elsie, 7, with his second wife Celia Walden.

Do you think Stanley would make a good Love Island contender? Let us know what you think on our Facebook page @EntertainmentDailyFix.