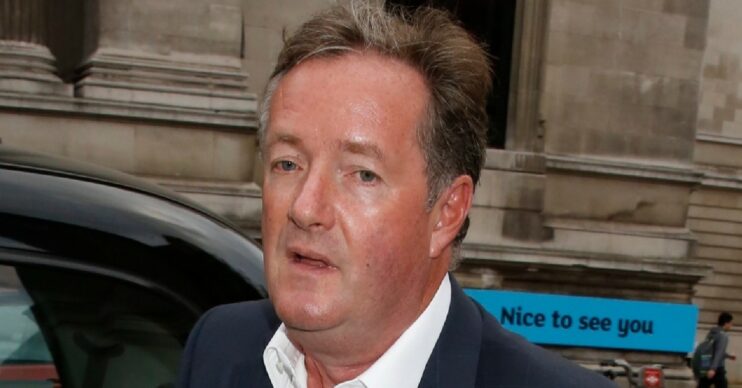 He's received plenty of hate in the past

Piers Morgan has taken to Twitter to expose a troll who sent him death threats.

And it appears Piers is just as vocal when it comes to sharing online abuse.

On Twitter, Piers shared a screenshot of a conversation as he named and shamed the critic.

The troll had sent the presenter a series of vile messages.

One read: “How’s your payroll with all this Covid [bleeping] post puppet you mate.”

I thought it only fair to share his abuse

Alongside the post, Piers then shared: “This guy likes to abuse me on Instagram but prefers to do it quietly via DM.

“So I thought it only fair to share his abuse with nearly 8 million people on here. Enjoy your day.”

Meanwhile, Piers’ post was met to plenty of supportive comments from fans.

One wrote: “Messages like this are completely unacceptable. Piers may be able to cope with it but there are many people receiving stuff like this every day & it can seriously affect their mental health. I would love these sort of comments to result in prosecution.”

A second added: “His mother must be very proud.”

In addition, a third said: “I seriously do not understand this behaviour.

Read More: Piers Morgan launches Twitter attack on Meghan Markle as he denies he got ‘fired’ from GMB

“You don’t have to like everyone, just scroll along and ignore or enter into sensible discourse if that’s your thing #BeKind.”

However, another said: “Just like Piers does every day? All he does is tirade hate at anyone he dislikes. Pot. Kettle. Black.”

A second agreed: “And yet you do the same with Meghan Markle. Twitter does give you confidence that you might not have in a pub to do the same thing I guess.”

Piers hits back at a troll

Meanwhile, it isn’t the first time Piers has fired back at a troll online.

In February, the former GMB host received a death threat from a user – forcing him to ring the police.

At the time, the troll wrote: “Piers Morgan, you’re a marked man, calling the police, big tech or beefing up your security isn’t going to stop us getting to you, this is not a threat Piers it’s a promise, you’re getting killed.”

When his eldest son Spencer intervened, the troll responded by saying that he and his mother would also be threatened.

Piers later addressed the threat in his Daily Mail column, saying: “Whoever it was then made a second threat to my son and his mother, warning him to ‘watch your back’ and saying they too would be ‘getting it’ if I didn’t.

“I’ve responded by calling in the police, and big tech (Facebook, who own Instagram, are co-operating with the cops), and beefing up my security. I intend taking this all the way to court and accountability.

“In the words of Liam Neeson in Taken: ‘I will find you’.”