Piers Morgan has revealed that the only way Holly can deal with appearing on Celebrity Juice is by having a cheeky bottle of vodka under her desk.

The blonde beauty is usually the butt of the Keith Lemon’s jokes and we don’t blame her for finding a way to deal with him.

Piers said it’s the only way Holly can get through the “bloody ordeal” of coping with Keith’s banter, that can sometimes go too far.

This comes as the Good Morning Britain host joined Holly on the show for the Christmas special.

Holl dressed up as a fairy godmother, while Piers appeared as Buttons and Gino D’Acampo dressed as a genie. 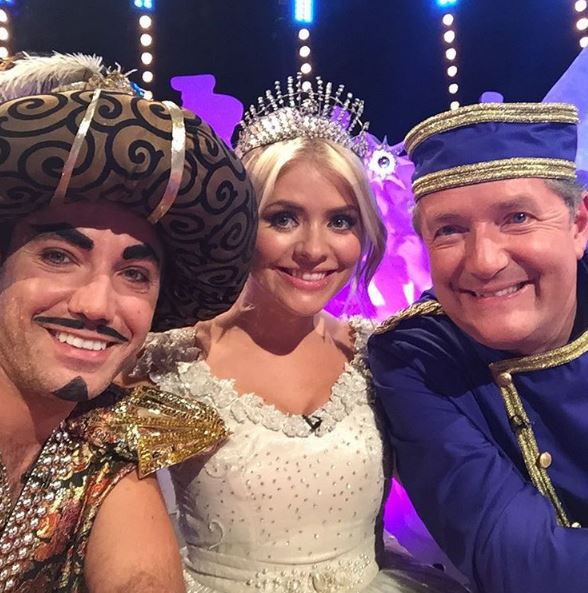 Holly’s secret booze doesn’t come as surprise, as the mum-of-three previously admitted she was drunk during the Halloween special of the show.

Holly brandished a toy baseball bat and sported blonde pigtails to embody the hot comic-book villain, most recently played by Margot Robbie on the big screen.

How she still looks sexy in that crazy outfit, we don’t know!

Read more: Ola Jordan opens up about her baby worries

Best bud and fellow panellist Fearne “nostrils” Cotton, who was dressed as Maleficent, admitted that “drunk Holly” held a special place in her heart, saying: “I love Halloween… and I love drunk Holly, more than anything. My favourite thing ever.”

We think it’s ours too…

Holly replied: “This is the first time I’ve had a drink this series!”