Piers Morgan appeared to land his dream job this morning.

During an interview with Miss World mogul Julia Morley, the Good Morning Britain host, 54, was told he could have the job on one condition - that he doesn't talk as much.

So @piersmorgan can be a judge on @MissWorldLtd on one condition... he can't talk as much. 😂 #GMB pic.twitter.com/05ss7z9fZP

After Piers insisted the only reason she won the competition was because she was the "best looking", Vanessa disagreed and said: "We're gonna bring you this year."

Piers chanced his arm and asked: "Have you got all your judges lined up this year?"

You are one of them. But you can't talk as much.

Julia then said: "You are one of them. But you can't talk as much."

Piers then punched the air and shouted: "Seriously? Fantastic!"

Adding that he was "perfectly equipped for the job" he then went onto joke, "I won't need to do much talking." 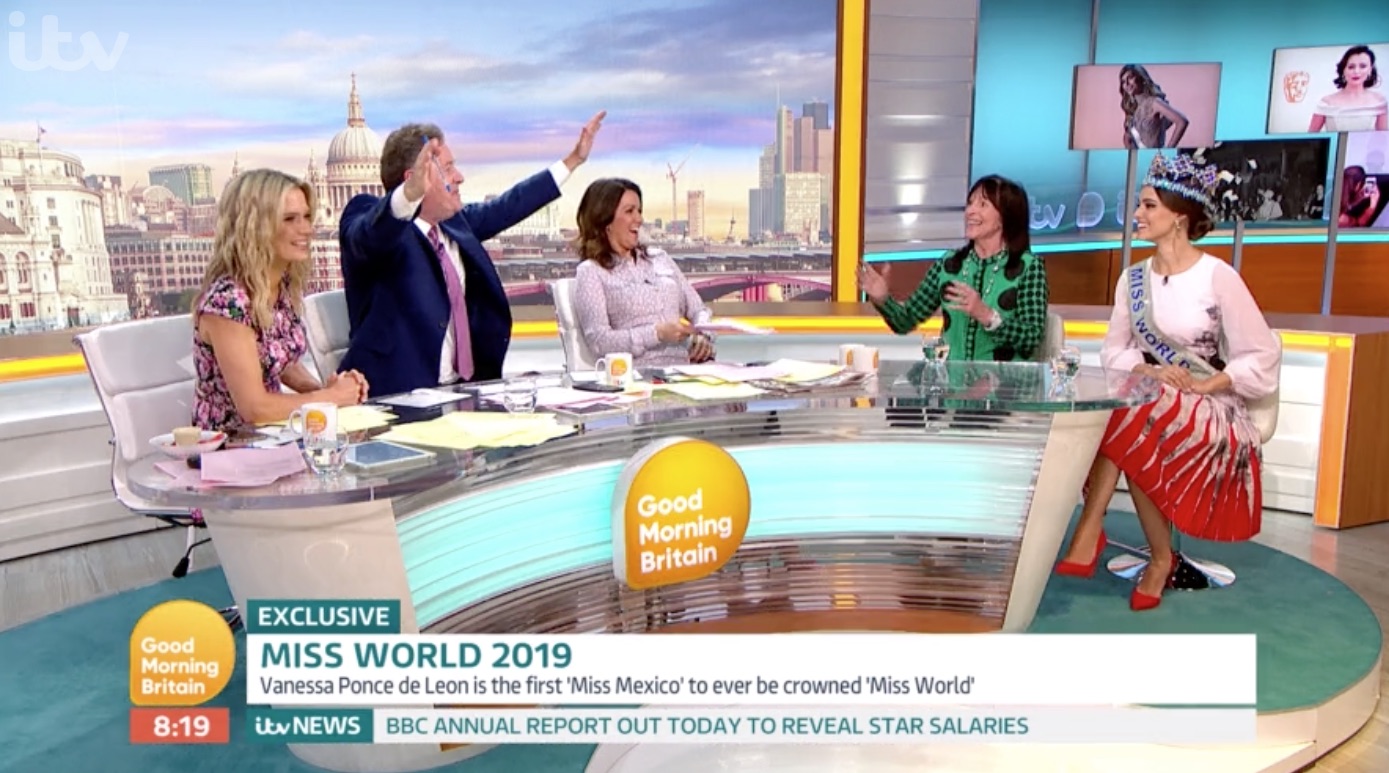 Piers thought his appointment as judge of Miss World was 'fantastic' (Credit: ITV)

The interview also attracted controversy when Piers told Julia and Vanessa that contestants should "get their kit off" by reintroducing the swimmer competition for the first time since it was ditched in 2014.

When Vanessa was talking about her non-profit and volunteering work, Piers interrupted her.

He told her that she doesn't need to "change the planet" and that she should be happy just being "dazzlingly beautiful".

He continued: "Miss World is about celebrating female beauty. I got upset when the bikini round went."

Susanna then said: "Let Piers mansplain Miss World to you."