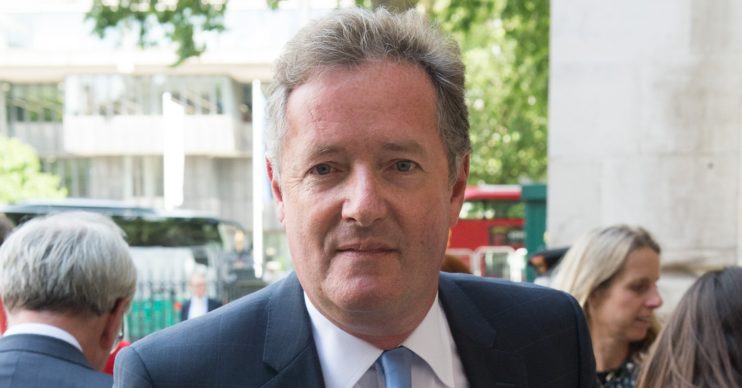 Piers Morgan says he will break lockdown rules unless Dominic Cummings is fired.

Good Morning Britain’s Piers Morgan has declared he will break lockdown rules unless a drastic measure is taken.

Read more: Phillip Schofield reveals how “talking saved” him after coming out

The GMB star, 55, tweeted: “If Boris doesn’t fire Cummings today, then I will deem the Lockdown over and drive down to see my parents (from a 2m distance) for the first time in 12 weeks.

If Boris doesn’t fire Cummings today, then I will deem the Lockdown over & drive down to see my parents (from a 2m distance) for the first time in 12 weeks. I’m not having one rule for these clowns & another for the rest of us. pic.twitter.com/EMGb9ETTVf

Piers’ bold move comes after it was revealed that political strategist Dominic Cummings, 48, was pleading to keep his job.

“I’m not having one rule for these clowns”

He drove some 260 miles from London to Durham with his wife and son to stay with his elderly parents.

This comes in spite of lockdown rules that forbid such travels. He also admitted to suffering from coronavirus symptoms himself.

Durham Police have confirmed that they spoke to an owner of a property on March 31.

However, the government has denied the police ever spoke to Dominic, and have defended his actions.

An official statement from Number 10 includes: “Owing to his wife being infected with suspected coronavirus and the high likelihood that he would himself become unwell, it was essential for Dominic Cummings to ensure his young child could be properly cared for.”

Piers went on to share his disdain for the government’s reaction.

He later issued a flurry of Tweets, including: “Cabinet ministers rushing to publicly support Cummings breaking the Govt’s own lockdown rules just about sums up their collective moral bankruptcy and fridge-hiding, accountability-avoiding cowardice. The public won’t stand for this shameful hypocrisy, whoever they vote for.”

Despite the government’s reasoning, many of Piers’ Twitter followers and users of the platform appear to be on his side.

One tweeted in response: “If Cummings isn’t sacked, it will be the final sickening confirmation that in 2020 Britain we still have a two-tier elitist system where it’s one rule for them and another rule for us.”

Another user tweeted: “Johnson has known about this and did nothing, he’s scared of him, they all are by the looks of it and don’t blame you.”

Nice to see you again son, albeit from 2 metres. #3MonthReunion

A third user shared: “You should. I had to watch my dad die on a mobile phone on March 31 because I couldn’t visit him. One rule for some and not others.”

However, many others pointed out Piers’ alleged hypocrisy over his claims.

One wrote: “Go right ahead then. You’ve been driving to work when you could broadcast from home so you’ve been breaking it anyway.”

And another argued: “You’ve been travelling to a studio every day working with other people for a job you could have done via video-link.”