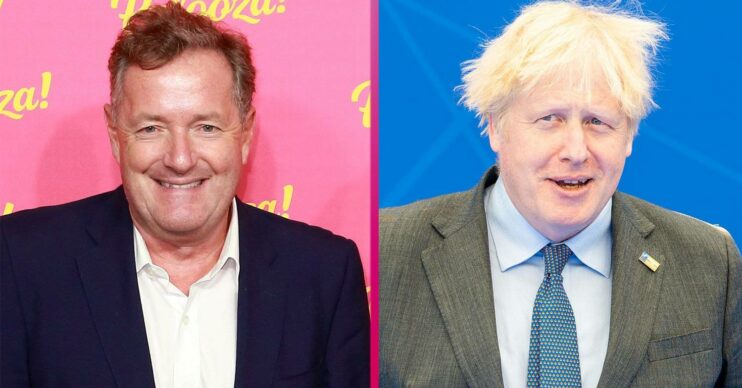 Fans are calling the presenter out on social media

Piers Morgan has criticised Boris Johnson and made a remark about his appearance on Twitter after the Prime Minister shared the news he would be self-isolating.

Piers replied to a video posted by Boris on Twitter where he announced he had been ‘pinged’ by NHS Test and Trace.

In it, he referred to the Prime Minister as looking like the children’s TV character “Worzel Gummidge”.

“Boris Johnson tells us to abide by the rules he intended to circumvent until everyone wants nuts,” Piers posted.

Boris Johnson tells us to abide by the rules he intended to circumvent until everyone wants nuts.
What a shambles – but what else to expect from a guy who can’t be bothered to even brush his hair when he addresses the British people? You’re Prime Minister, not Worzel Gummidge. https://t.co/OQJwvJ0Ykq pic.twitter.com/E26Ra9P1I8

“What a shambles. But what else to expect from a guy who can’t be bothered to even brush his hair when he addresses the British people?

What did Piers Morgan say about Boris Johnson? Who is Worzel Gummidge?

The move has divided fans. Many commenters thought Piers Morgan bringing Boris’ appearance into the issue was unfair.

Worzel Gummidge is a talking scarecrow from children’s fiction. The character most recently appeared in a BBC television series in 2019.

With scruffy hair, it’s easy to see why Piers compared the Prime Minister to the TV character.

However, some were not fans of the remark.

Many people criticised Piers for bringing someone’s appearance into the argument. Meanwhile, others said Piers was a hypocrite for his views on ‘Freedom Day’.

One wrote: “You moaned about ‘Freedom Day’ being too early. Then, days later were seen in a football stadium with 60,000 other people. Don’t think it’s really your place to talk about hypocrisy.”

Like so many people I’ve been pinged by NHS Test and Trace as I have been in contact with someone with COVID-19, and I will be self-isolating until Monday 26th July. pic.twitter.com/X57gDpwDqe

Another added: “Why pick on someone’s appearance?”

Another tweeted: “Why use such personal insults? Nothing credible to say perhaps?”

However, others agreed with Piers’ criticism of Mr Johnnson.

One said: “I have to say that for once in his life Piers is spot on.”

It’s not the first time Piers has been causing controversy on Twitter recently.

Last week, the presenter hit back at a Twitter troll who claimed “history will judge him” on his behaviour towards the England football team.