Good Morning Britain presenter, Piers Morgan has proved once again how much he loves to be the centre of attention, storming an interview ITV's Lorraine Kelly was doing with his wife, Celia Walden.

Journalist and novelist, Celia, 41 was on Lorraine's morning show to discuss feminism, motherhood, and her home life with Piers, 52, who she married in 2010. 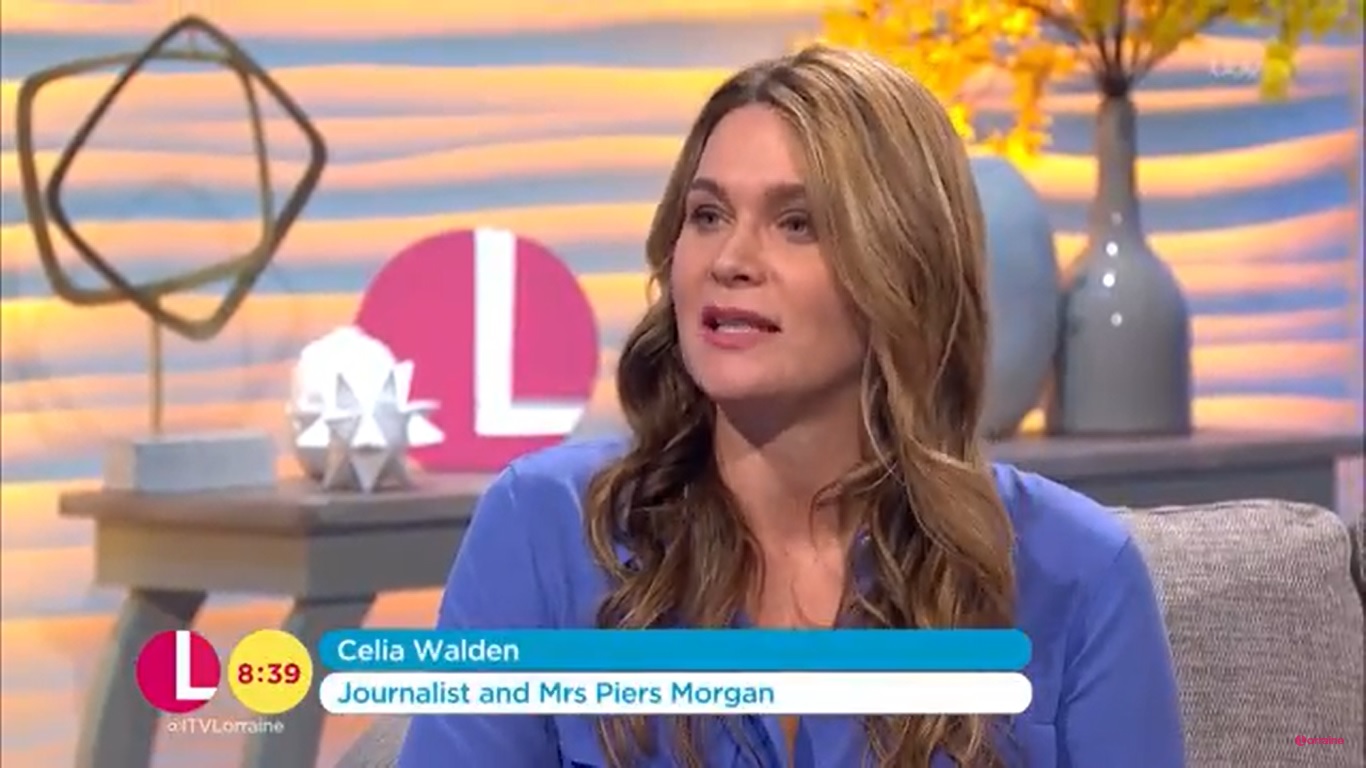 Writer, Celia claims her husband is a feminist, despite the things he says about women (Credit: ITV)

She told Lorraine, 58, that Piers is "very much a feminist", but that she also believes she's in charge at home, saying: "Yes, I think so. I think women are always quietly in charge, but it’s best to just let the men think that they are."

She also described how inconsiderate Piers is, when he gets up at 3am to head to work at GMB, where he presents alongside Susanna Reid from 6am until 8.30am every weekday. 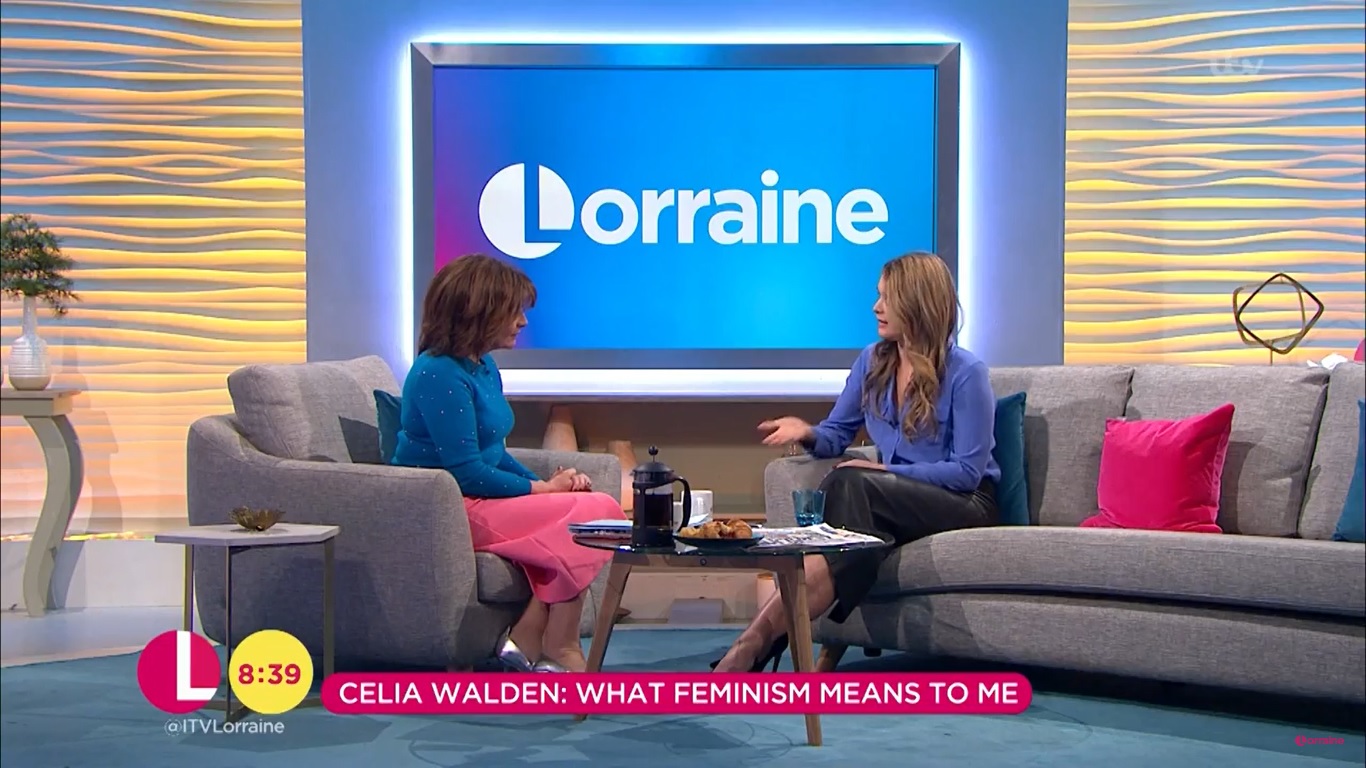 Lorraine asked Celia if Piers was careful not to wake her up in the morning, when he leaves at 3am (Credit: ITV)

I think women are always quietly in charge.

She said: "He puts his shoes on before he puts anything else on and then he tap dances around the house before finally slamming the door so hard that sometimes the letterbox falls off. But apart from that, he's very discreet."

But she revealed that having their daughter, Elise, now seven, has been "quite grounding" for Piers, who has three grown up sons from a previous marriage. 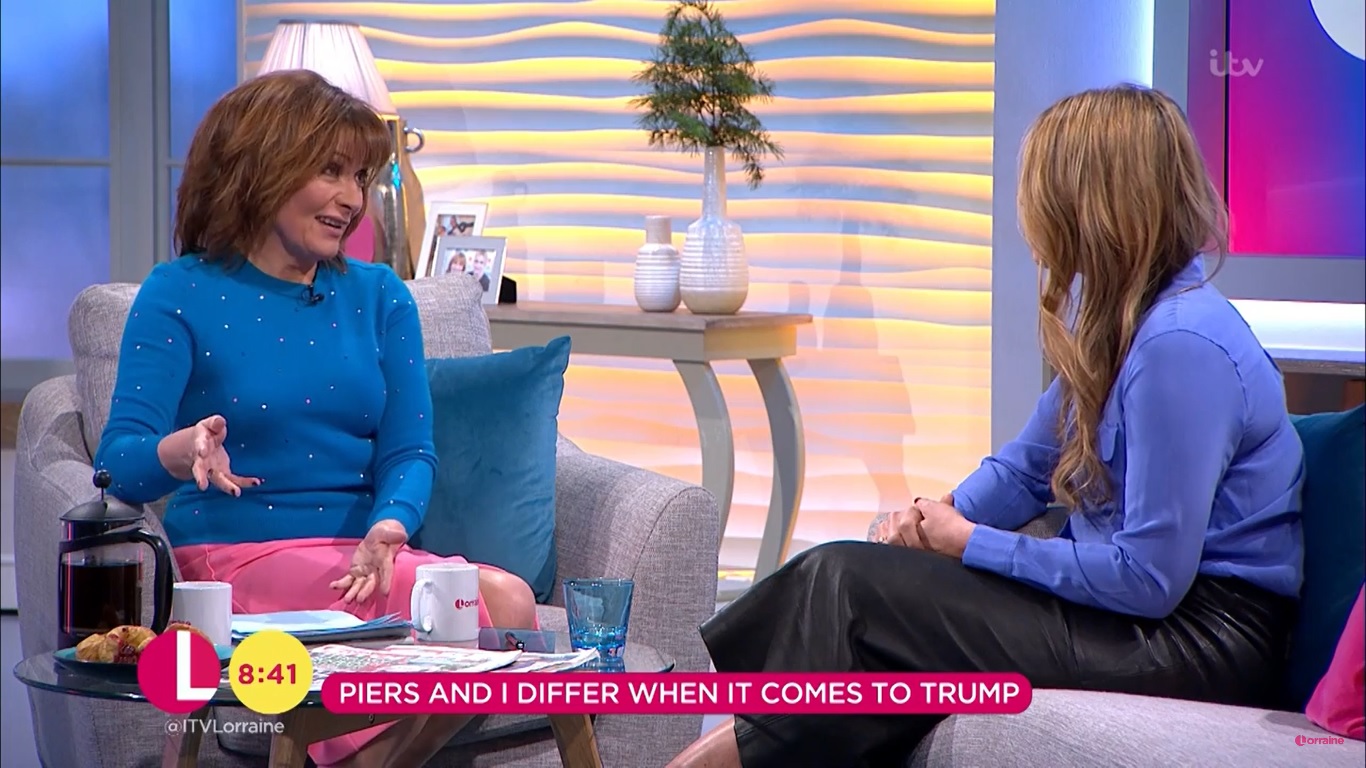 Having a young daughter has "grounded" Piers, apparently (Credit: ITV)

She added: "[Elise] definitely puts him in his place."

But halfway through the interview, the outspoken former editor interrupted his wife of seven years, storming the set and shouting about doing the washing up.

Wearing a pair of rubber gloves, Piers said: "Sorry I’ve just been doing the housework, just nipped back - I went home - from my normal Monday, of some proper work at home, some domestic engineering." 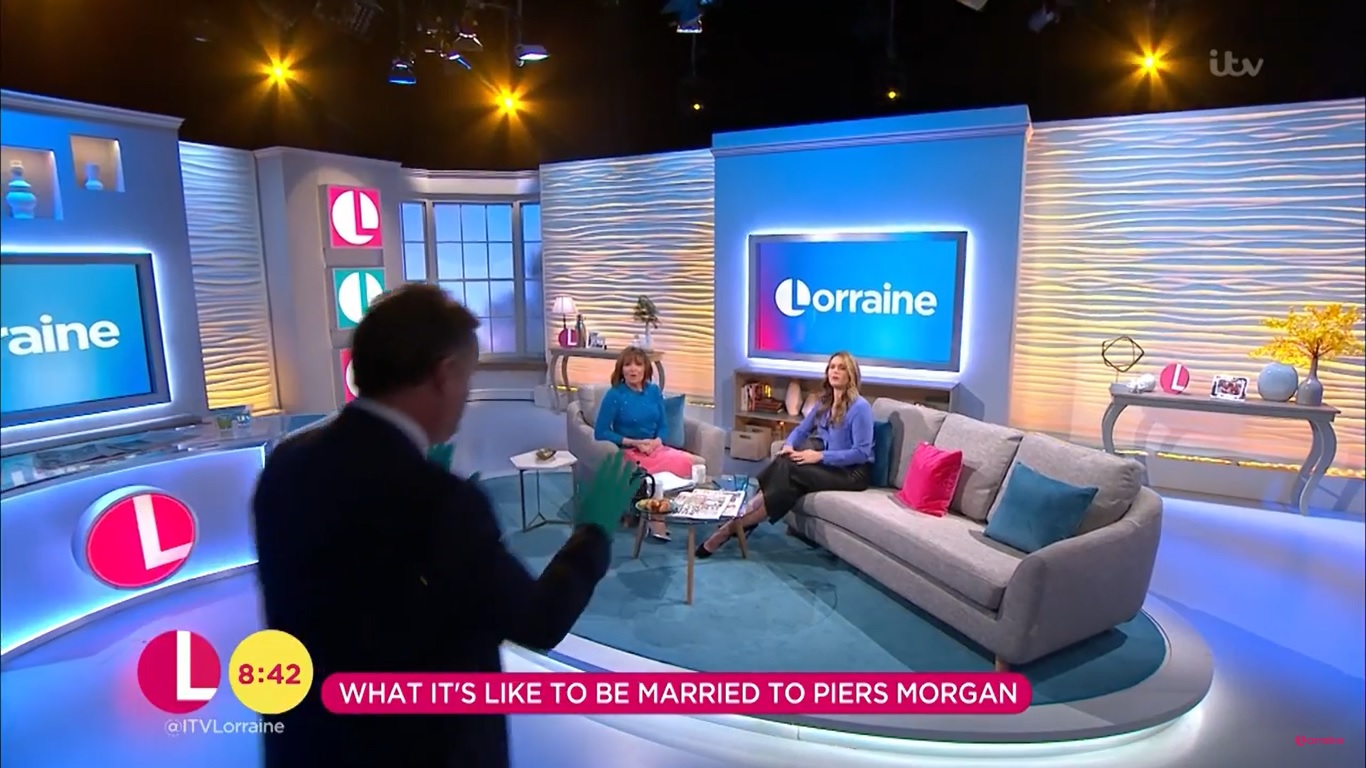 Piers made a scene during the interview, arriving in washing-up gloves (Credit: ITV)

He then took over the chat, telling Lorraine he is a feminist but doesn't understand a lot of it.

Piers said he is "surrounded by strong women", naming everyone from his wife, to co-host Susanna, to his grandmother as examples of females who are "incredibly strong".

As the interview slot came to an end, Celia pointed out: "We’ve been completely silenced by him talking about feminism." 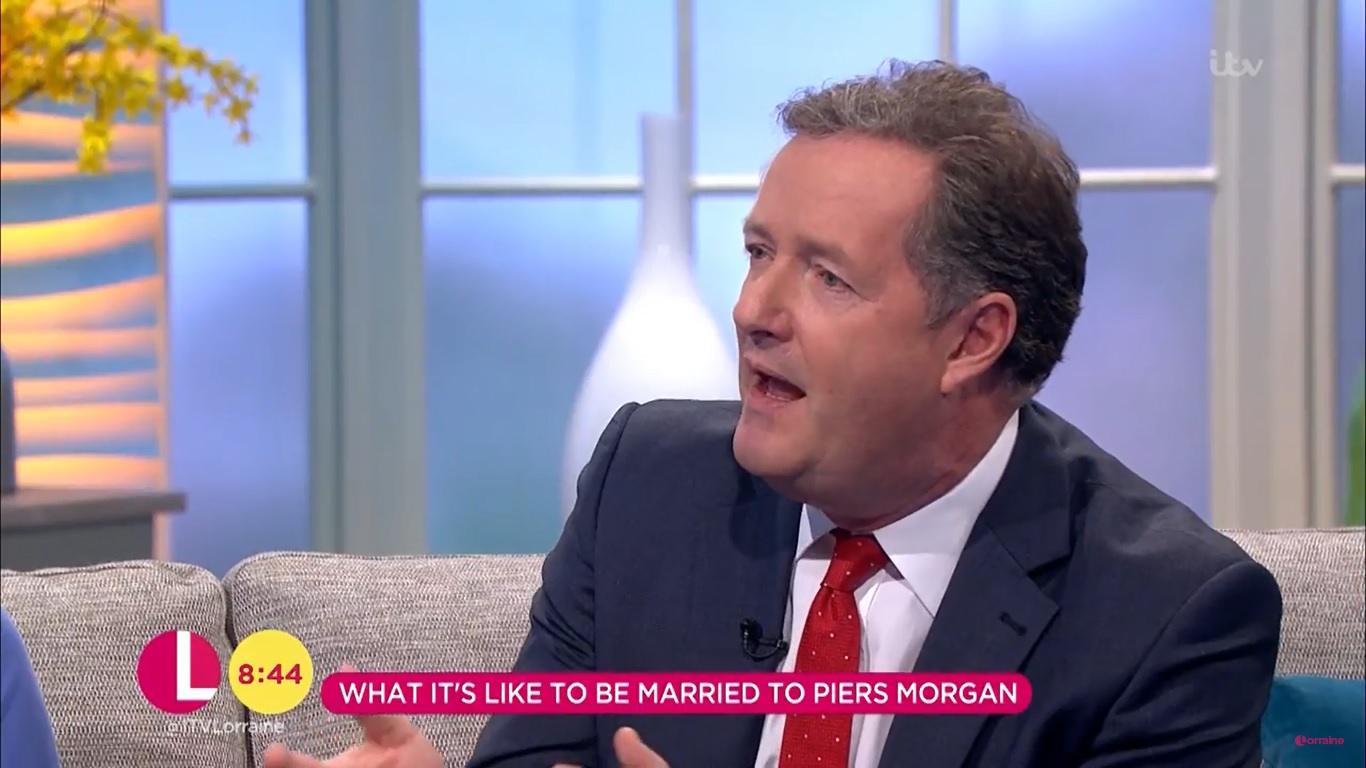 The GMB presenter took over the interview (credit: ITV)

She added: "Back in the green room the lady said: 'Oh, I'm so sorry, would you like the remote so you can turn your husband up?' And I said: 'For God’s sake, no, turn him down'."

Piers then left, sarcastically saying he was off to do the vacuuming.

We don't know how she puts up with him!

Who is in charge in your house? Leave us a comment on our Facebook page @EntertainmentDailyFix and let us know what you think!